The Negative Image of Video Vixens 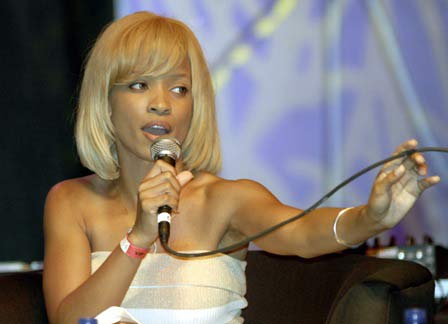 Saartjie “Sarah” Baartman was born in the Eastern Cape of South Africa in 1789.  Enslaved at an early age, Baartman traveled to England with Hendrick Cezar, the brother of her slave owner, who had promised her riches in Europe beyond her wildest dreams.

When they arrived in England, Cezar put Baartman on display like a circus act.  Baartman had extremely large buttocks and elongated labia, which Europeans viewed as inferior and typical of Black females.  Cezar even allowed visitors to touch her body parts for a small amount of money.

The English saw Baartman as “freak of nature” and a “scientific curiosity.”  Black women already endured the stereotype of being inferior and oversexed and Baartman became merely a circus sideshow, used to ridicule all African women.

According to SouthAfrica.info, “She spent four years in London, then moved to Paris, where she continued her degrading round of shows and exhibitions…Once the Parisians got tired of the Baartman show, she was forced to turn to prostitution.  She didn’t last the ravages of a foreign culture and climate, or the further abuse of her body.  She died in 1815 at the age of 25.”

Even in death, Baartman could not escape the degradation of her life.  French scientist Georges Cuvier removed her skeleton, brain and genitals and put them on display at the Musee de l’Homme in Paris.  Her skeleton and genitals remained on display until 1974 and finally returned to South Africa in 2002 for a proper burial, after years of protest by former South African President Nelson Mandela.

Although women of African descent have long endured sexual abuse by men of all cultures, it seems that some modern women are volunteering their bodies for degradation and humiliation in the form of music videos.

In many hip-hop videos, scantily clad women appear as unintelligent sexual objects that conform to the many fantasies of young males.  Often, these women are forced to perform sexual acts for musicians and executives to earn the title of video vixen.  Very few earn the respect of those in the music industry, and are able to turn their modeling career into something more worthwhile.

Do the women in these videos know of Sarah Baartman and the humiliation she faced because of her physical attributes?  Do they know about the legacies of women such as Mary McLeod Bethune and Barbara Jordan who used their brains, instead of their beauty, to get ahead?

The next time a woman of color finds herself the victim of misogyny, they should think of Sarah Baartman and the horrors she had to endure so other women could be seen as human beings and more than just sexual objects.