Who Are The Greatest R&B Songwriting, Production Duos of All Time? 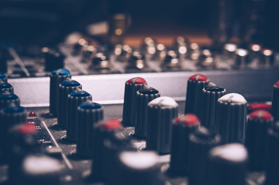 Some of the biggest R&B jams of all time came when two geniuses sat behind the board of a recording studio at the same time.

With the on again, off again Teddy Riley versus Kenneth “Babyface” Edmonds battle finally complete, it is the perfect time to look back at some of the greatest R&B songwriters and producers of all time.

But let’s do it with one caveat.

Instead of looking at individual musicians, RegalMag.com has instead decided to look at some of the best R&B songwriting and producing duos of all time.

Although R&B history has its fair share of songwriting and production teams like Holland-Dozier-Holland and The Corporation, beginning in the late 1960s and extending into the late 1990s, duos produced some of the dopest soul music of all time.

Even though a true battle cannot happen with many of these musicians because they are no longer with us physically, hopefully this trip down memory lane will encourage Regal readers to create their own battle playlists in honor of the recent battle between “Face” and Teddy!

Gamble Huff—Kenny Gamble and Leon Huff exemplify the Philly sound. Sure, hip-hop consumes Philadelphia now. But in the 1970s, every artist that came out of Philly or to Philly to work with Philadelphia International Records from The O’Jays, Harold Melvin and the Blue Notes, Teddy Pendergrass, Billy Paul and The Jacksons struck gold. Gamble and Huff gave the world such timeless hits as “Back Stabbers,” “If You Don’t Know Me By Now,” “I Don’t Love You Anymore,” “Me and Mrs. Jones” and “Enjoy Yourself.”

Jimmy Jam and Terry Lewis—Thank God Prince fired Jimmy Jam and Terry Lewis from The Time because their talents could not be contained to playing Prince produced-tunes in concerts. The Minneapolis natives wrote classics for Janet Jackson, New Edition, Michael Jackson and Force M.D.’s from “When I Think of You,” “Can You Stand the Rain,” “Scream” to “Tender Love.” According to reports, the songwriting and producing duo plans to release unreleased and reworked tracks from some of their most successful artists in the near future via a Jam & Lewis compilation album.

L.A. and Babyface—Before, during and after their tenure with The Deele, Antonio “L.A.” Reid and Babyface wrote such songs as “Anymore” for Whitney Houston, TLC’s “Baby, Baby, Baby” with former The Deele member Darryl Simmons, After 7’s “Can’t Stop,” The Boys’ “Dial My Heart” with Darryl Simmons, Boyz II Men’s “End of the Road” with Simmons and Bobby Brown’s “Don’t Be Cruel” with Simmons.

Maurice Starr and Michael Jonzun—If Ashford & Simpson produced the best R&B and pop hits as a husband and wife duo, Maurice Starr and Michael Jonzun deserve that title for brother songwriters and producers. Without Starr (born Larry Curtis Johnson) and Jonzun, New Edition might not have blown up. And without New Edition, would there have been a New Kids on the Block? The duo wrote and produced “Candy Girl,” “Popcorn Love” and “Is This the End” on New Edition’s debut album.

McFadden and Whitehead—The Philadelphia International Records sound is often dominated by the songs written by Gamble and Huff. But do not sleep on McFadden and Whitehead. The duo wrote their classic “Ain’t No Stopping Us Now.” Furthermore, they wrote songs like “Wake Up Everybody” by Harold Melvin and the Blue Notes, “I’ll Always Love My Mama” by The Intruders and “Strength of One Man” by The Jacksons.

Timbaland and Missy Elliott—If the songwriting teams from Philadelphia International Records dominated the 1970s and L.A. and Babyface and Jimmy Jam and Terry Lewis dominated the 1980s, then Timbaland and Missy Elliott dominated the late 1990s into the new millennium. The Virginia natives wrote “What About Us?” for Total and “The Rain” for Elliott’s debut album. Furthermore, they are responsible for many of the hit singles on Aaliyah’s sophomore album like “One in a Million,” “If Your Girl Only Knew” and “4 Page Letter.”

Norman Whitfield and Barrett Strong—If Smokey Robinson made The Temptations polished stars, Norman Whitfield and Barrett Strong gave The Temps their edge and grit when urban music started to change in the late 1960s and early 1970s. Whitfield and Strong penned such Temptations hits as “Cloud Nine,” “I Wish it Would Rain,” “I Can’t Get Next To You,” “Just My Imagination (Running Away With Me),” “Papa Was a Rolling Stone,” “Psychedelic Shack” and “Ball of Confusion.” Despite their success with The Temptations, the songwriting duo spread their love to other Motown artists as well, writing Edwin Star’s “War,” “I Heard it Through the Grapevine” for Gladys Knight and the Pips as well as Marvin Gaye.

Gerald Levert and Marc Gordon—Although Gerald and Sean Levert provided much of the vocals for Levert, Marc Gordon and Gerald penned many of their hit songs. Their first successful single for Levert is probably “(Pop, Pop, Pop) Goes My Mind” in 1985. One of their most beloved songs is “My Forever Love” from their 1987 album, “The Big Throwdown.” Levert and Gordon also wrote, “Just Coolin’” and “Addicted to You” with Eddie Levert of The O’Jays in 1988. The songwriting duo reached number one on the R&B charts in 1991 with the song, “Baby I’m Ready.”

Michael Jackson and Randy Jackson—Maurice Starr and Michael Jonzun are not the only dope songwriting/brother duo in R&B history. The two baby boys in the Jackson family held it down too.  Michael and Randy wrote “Shake Your Body (Down to the Ground),” “Lovely One,” “All Night Dancin’,” “That’s What You Get (For Being Polite),” “Time Waits for No One,” “Give it Up,” “The Hurt” and “Wondering Who.”