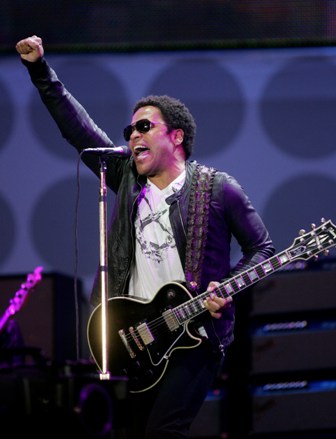 When Chuck Berry “duck walked” across the stage with his guitar playing, “Go Johnny Go” and “Maybelline” among other hits, he was instrumental in helping to bring the Rock and Roll art form into the music world.

He and others such as Little Richard ushered in a musical era that was unparalleled in its creative genius and musicianship.

Rock and Roll is an art form that, although it is often disputed, many support the belief of its origins within the Black community.

With an experience similar to the blues, rock music tells a story and is driven by a strong guitar and drum beat.

Berry was often noted for bringing the same elements expressed in blues songs to rock and once his singular playing style began, history was made and so often imitated.

Black rock stars influenced the musical experiences of musicians both here and abroad.

The late John Lennon of The Beatles once commented that if there was another name for Rock and Roll, you would call it Chuck Berry.

Unfortunately, racism and discrimination caused them and many other Black rock stars of the period to remain in the background while White performers rode the charts to success on their music.

Many have asked about current Black rock stars and the legacy of those early performers whose efforts became the hit songs of Elvis Presley and other White stars who were acceptable to the mainstream.

There are those who continue to work diligently to keep the legacy of those legendary stars alive and to educate young people about the real history of Rock and Roll.

“Like life has for us, music evolves. Just as our station has been elevated with the generations, today’s artists should revere and recognize their forerunners on whose shoulders they now stand – and thrive,” states Maxine Lucas Pinkney, Chairman, The Bill Pinkney Foundation.

Currently, Black rock stars have dual roles often as the musician and the producer in order to get the music that they want to play out to the public without being pigeonholed into the R&B or hip hop genres.

Standing on the shoulders of independent spirits such as the legendary Jimi Hendrix, contemporary performers including Lenny Kravitz, Ben Harper and the Black rock group Living Colour continue to keep the tradition in full swing and to influence the next generation of Black rock stars.

“Black rock has not died. It has evolved,” added Randye I. Bullock, a Detroit-based writer. “We used to have greats like Jimi Hendrix and now we have current rock stars including Cee Lo (Green), who recently won a Grammy Award and Prince who is a Black rock star. Black rock has expanded into a number of areas.”

With an increased interest in the musical genres of the 1950s and 1960s, Black rock stars are finally getting their due with their induction into the Rock and Roll Hall of Fame in Cleveland. And Hollywood has also taken an interest. Productions are in the works to chronicle the life of Jackie Wilson and documentaries have featured the musical journey of Chuck Berry, Little Richard and others who served as pioneers.

While it has become a musical form that has swept the mainstream, it still helps to know that while the quantity of Black rock stars is small, the quality is exceptional and there is room for growth.  Rock on my brothers, and my sisters!!