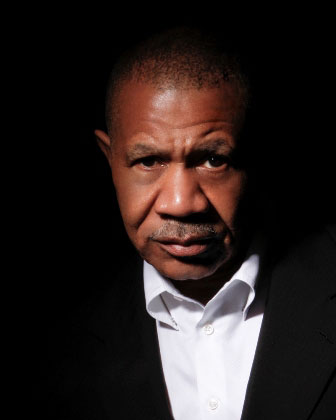 The self-proclaimed George Foreman of R&B has returned with a new single, “Still” (off an as-yet untitled album with a tentative release date of February) crooning about the changing tides of a relationship and the love that endures.

Love from the fans—new and old—is what motivates Lenny Williams, 66, to keep returning to the stage.

“I really appreciate it,” Williams tells Regal in a phone interview.  “[It shows that] people like what I do; they do like my music. I hope to never disappoint them.”

Williams hasn’t so far with a music career spanning three decades that include fan favorites “So Very Hard to Go” and “Cause I Love You” (which might be re-released on his upcoming album).  Williams’ smooth R&B vocals have also attracted rappers Kanye West and Scarface to sample them on their songs. He considers it a compliment because it introduces his music in a different way.

“I know guys that went to Julliard or other schools and they go back and sample Miles Davis or Beethoven, and they do that with their version of it. Beethoven, Bach, those are the classics and people will continue to sample those through the ages. So to me it’s the same thing as a rapper going back and sampling the songs from the 50s, 60s and 70s. Just like ‘Cause I Love You,’ they are keeping the song alive today, because I did that song in the 70s,” Williams told Sound Check.

Lenny Williams’ last album, the 22nd under his belt, “Unfinished Business” was released three years ago and he says it continues to sell because in all his work he aims to express all emotions related to love.

“Primarily I sing love songs [because] love is important, a necessary emotion,” says Williams. “Different entanglements of love, being in love with the wrong person… [There are] different facets of love. [I hope] someone can find joy, comfort and laughter in the songs I sing.”

Williams, born in Arkansas and raised in Oakland, Calif., discovered just how satisfying his voice was when he serenaded a friend’s girlfriend to Jerry Butler’s “For Your Precious Love.” Williams recalls the girl being so impressed that his friend made sure he didn’t contact her again.

After attending Laney College (alongside Huey Newton and Bobby Seale) Williams signed his first record deal with Fantasy Records in 1969. His first single, “Lisa’s Gone” received some airplay but wasn’t a breakout hit, according to Billboard.

So, in 1972, when he was offered the lead singer role for the funk band Tower of Power he was happy to oblige.

“I was never a real success as a solo artist, in terms of record sales, so it was a welcome experience,” says Williams.

Lenny Williams was the lead vocalist for Tower of Power three years and is remembered for songs like “What is Hip?,” “Don’t Change Horses (In the Middle of a Stream)” and “This Time it’s Real.”

However what occurred behind the scenes is what led Williams to exit the group.

“It was a huge drug band,” recalls Williams. “We were in Europe and one of the guys [in the band] was going through customs, and he said ‘I can’t believe I made it through’ and I asked why and I found out he snuck in a heroin kit. When we got back to the States I told them I will be looking for another opportunity.”

A success Williams wants replicated with future albums, and has embraced social media to get there with some help, of course.

“It’s a necessity [to have Facebook, Twitter, Amazon and iTunes in selling records],” says Williams, a self-admitted Twitter addict. “And my wife is computer literate, so what I don’t know, she will do. I appreciate her brilliance. If she decides to up and leave, I wouldn’t know how to do it. ”

But what he’s certain of is his staying power.

“George Foreman won the championship as an older fighter and this is a golden opportunity for a ‘requiem’ for Lenny Williams,” adds Williams.