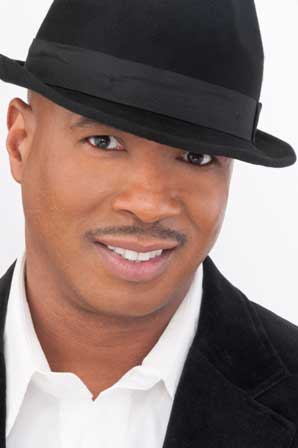 “Dancing in the Street,” “Please Mr. Postman” and “Ain’t Too Proud to Beg” are some of the timeless classic songs that made Motown Records “the sound of young America.”

But what it’s legendary founder Berry Gordy accomplished with an $800 loan from his family is a living testimony to the dream of all Americans.  That dream is to make a mark on this society that is still relevant and appreciated over 50 years later.

Famed musical director Ray Chew of “American Idol” and “Showtime at the Apollo” fame held a tribute concert yesterday at Carnegie Hall to pay homage to the legendary record label that paved the way for so many R&B acts that came after them.  Hosted by CNN’s Soledad O’Brien and directed by Ray Chew, the event entitled A Tribute to Motown, featured such legendary artists as Dionne Warwick, Boyz II Men and BeBe Winans.

While Boyz II Men once recorded for Motown, many of the artists paying homage did not, and that is a testament to the respect and admiration they have for the label once known as “Hitsville U.S.A.”

“A lot of people forget that it’s been decades since we had all of those great hits, but they have lasted throughout generations because of the total weight of the artistic measure that they had,” said Ray Chew.  “They weren’t just songs.  They had messages of the time.  They had great artists delivering them…A hundred years from now, people will still be listening to Motown.”

Ray Chew stated that the one-time only event (which unfortunately will not be televised) gave the participants an opportunity to not only honor the music and the musicians that made Motown soar, but also paid homage to Gordy who taught so many artists and businessman how to fly to begin with.

Gordy’s story, and that of so many Motown artists like Diana Ross and The Supremes, is also the story of Ray Chew.  They all grew up with not a lot of materialistic possessions, but were fueled to succeed by those around them such as dedicated parents.

Like Ross, Florence Ballard and Mary Wilson, Ray Chew grew up in a housing project (Grant Houses in New York) but found that music was not only his passion, but his purpose in life and his way to a better life.  He was exposed to the arts and a variety of cultures by his parents who were visionaries like Gordy.

“I had a lot of great mentors.  My father was a great musician and my mother was determined,” Ray Chew told Regal Magazine.  “She purposefully exposed me to different cultures.  She had me in French lessons.  She was a visionary.”

Not only a visionary, Gordy and his assembly-line production method mentored many up-and-coming artists and turned them into worldwide sensations.  Ray Chew marveled at how Gordy had someone for choreography, someone for grooming, etc.  They had a team in place to help artist develop and that is something that is missing in modern music, according to the world renowned musical director.

Ray Chew believes that the assembly-line approach to artist development would be great in today’s music business, and with his years of mentoring young artists from the “American Idol” stage to the Apollo Theater has given birth to his plans of starting his own record label in the very near future.

Regardless, it is undeniable that when that label takes off, Ray Chew will owe a debt of gratitude to the Motown Sound, which is still the sound of America.