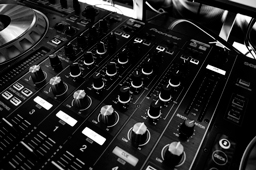 Hip-hop culture has come a long way from the days when D.J.’s used to work the turntables in the parks of The Bronx, N.Y.

Musical artists never get a second chance to make a first impression.

Having a classic debut album can put someone on the path to superstardom, while having a mediocre debut may lead to the termination of a recording contract.

For many hip-hop artists, the pressure to deliver on their first album might be greater because many come from impoverished and dangerous backgrounds and a hit record can change the trajectory of their life and the lives of everyone in their inner circle.

Although many artists made great debut albums like “Southernplayalisticadillacmusik” by Outkast, “Too Hard to Swallow” by UGK and “The Great Adventures of Slick Rick” by Slick Rick, some debut albums stood out from the pack of great first LPs.

Therefore, RegalMag.com has formulated a list of the 10 best hip-hop debut albums from the 10th best to the best of all time.

“The College Dropout” by Kanye West—Without an artist like Kanye West would there have been an artist like Drake? West changed the game making it cool to be a backpack rapper in touch with his feelings and not just one telling stories of ghetto life. The album’s first single “Through the Wire” was unique and genius as West recorded a classic song with his mouth wired shut after an automobile accident. The album went triple platinum with other classic songs like “Jesus Walks,” “Slow Jamz” and “All Falls Down.”

“No One Can Do it Better” by The D.O.C.—No one had a more tragic tale in hip-hop’s golden age than Dallas bred rapper The D.O.C. The Dr. Dre protégé co-wrote many of the songs on “Straight Outta Compton” by N.W.A and then went on to show how diverse his writing skills were with his solo debut. Unlike N.W.A’s album, “No One Can Do it Better” was not gangsta and not profane. The album was pure and clean lyrical warfare with songs such as “The Formula,” “Beautiful But Deadly” and “It’s Funky Enough.” But at the height of the album’s popularity, The D.O.C. lost his voice in a horrific car accident due to drunk driving.

“Amerikkkas Most Wanted” by Ice Cube—Ice Cube was once the most dangerous man in hip-hop and the most second-guessed. When he left N.W.A because of financial issues, people thought he was stupid for leaving the most popular group in hip-hop. Furthermore, what was he going to do without Dr. Dre’s production? The answer was go to New York and hook with the Bomb Squad to produce one of the best albums in rap history with songs like “Once Upon a Time in the Projects” and “The N**** Ya Love to Hate.”

“Paid in Full” by Eric B. and Rakim—Rakim was simply ahead of his time in the 1980s. Lyrically he changed the game with his internal rhymes and wordplay and “Paid in Full” is the rare album that does not sound dated over 30 years after its release. Songs like “I Ain’t No Joke,” “I Know You Got Soul,” “My Melody” and the title cut are still better than a lot of the songs from 2018.

“Ready to Die” by The Notorious B.I.G.—East Coast hip-hop needed a rejuvenation in the early 1990s and artists like Biggie, Wu-Tang Clan and Nas delivered in a major way. On the Brooklyn emcee’s debut album for Bad Boy Records, Biggie’s stories of hustlers in New York played out like a movie because of his wordplay and vivid description of life in the B.K. With the help of Sean “Puffy” Combs, B.I.G. was able to combine the radio friendly songs that the ladies would love with the gutter rhymes that the hustlers on the corner would respect.

“Enter the Wu-Tang (36 Chambers)” by Wu-Tang Clan—Hip-hop is a New York phenomenon and throughout the first decade of rap, four boroughs (The Bronx, Queens, Brooklyn and Manhattan) represented to the fullest. But until Wu-Tang Clan dropped their debut in 1993, Staten Island, N.Y. was an afterthought for rap fans. With nine of the best rappers of all time in one group, “Enter the Wu-Tang (36 Chambers)” produced classics like “C.R.EA.M,.” and “Protect Ya Neck” and made stars out of Method Man, Ghostface Killah, O.D.B., Raekwon and the rest of the crew.

“Reasonable Doubt” by Jay-Z—It took Jay-Z a long time to become a star, but when he hit in 1996, he hit like comet that has never come down to Earth. While Jay-Z has had more commercial success on subsequent albums, no other album by “Hov” displays his excellence on the mic like “Reasonable Doubt.” Like the The Notorious B.I.G. did on his debut album, “Jigga” was able to mix songs about his past as a hustler like “Can’t Knock the Hustle” with songs for the ladies like “Ain’t No…”

“Illmatic” by Nas—Queens, N.Y. rapper Nas has released some classics throughout the years, but none reached the critical magnitude of his first album, “Illmatic.” Like Biggie, listening to Nas rap about life in the Queensbridge Projects on songs like “One Love” and “It Ain’t Hard to Tell” is like watching a film. And the streets loved Nas because his debut album made little attempt to crossover with pop sounding singles. Nas just told his stories from a raw and real perspective that still resonates today.

“The Chronic” by Dr. Dre—While people might have doubted Ice Cube musically after her quit N.W.A, very few probably doubted Dr. Dre musically when he departed to create Death Row Records with Suge Knight and The D.O.C. Sonically, Dr. Dre was the genius behind N.W.A and his other genius quality was recognizing talent in other artists. With The D.O.C. co-writing many of the songs, Dre discovered acts like Snoop Doggy Dogg, Tha Dogg Pound, Jewell and The Lady Rage and in the S.O.L.A.R. Records studio; the young, hungry and broke rappers created a classic and became superstars. Furthermore, “The Chronic” changed reality rap forever, making it commercial and pop.