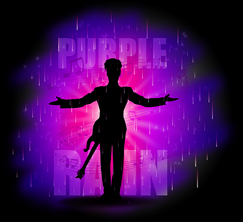 Prince’s estate will release the compilation album “Originals” on June 7.

Purple Return: Back for the First Time

Three years have passed since the untimely death of musical genius, Prince.

To honor his 61st birthday, the Prince estate will release the album “Originals,” exclusively on the streaming service Tidal on June 7 for two weeks. Then on June 21, “Originals” will become available on all music platforms.

Rolling Stone reports, “The album comprises songs from Prince’s ‘Vault’ recordings, which were selected by Troy Carter on behalf of the late singer’s estate, alongside Jay-Z. The set hails from recordings the artist made from 1981 to 1991 that he primarily composed and wrote for others, many of which became hits, such as Sheila E’s ‘Glamorous Life’ and Bangles’ ‘Manic Monday.’

“There are also deeper cuts, such as Vanity 6’s ‘Make-Up’ and Kenny Rogers’ ‘You’re My Love.’ It closes with Prince’s original version of ‘Nothing Compares 2 U,” which was released in 2018 as a standalone single. It first appeared on The Family’s self-titled 1985 album and also was a hit for Sinead O’Connor in 1990.”

“Originals” will consist of 15 tracks.

“Jungle Love” by The Time

“Manic Monday” by The Bangles

“You’re My Love” by Kenny Rogers

“The Glamorous Life” by Sheila E.

“Gigolos Get Lonely Too” by The Time

“Love…Thy Will Be Done” by Martika

“Wouldn’t You Love to Love Me?” by Taja Sevelle

“Nothing Compares 2 U” by The Family

RegalMag.com takes a look at some of the most intriguing of the 15 tracks appearing on “Originals.”

“Sex Shooter”—Originally released as an Apollonia 6 single, “Sex Shooter” became a classic for Prince fans after its appearance in the film, “Purple Rain.” Prince initially intended for the song to be for Vanity 6, but when Denise Matthews (aka Vanity) left Prince’s fold for a solo singing career and a movie career, Prince had to search for a new lead singer for his girl group. Allegedly, he did not love Apollonia’s vocal ability. However, her star power was apparent after her role opposite Prince in the film, “Purple Rain.”

“Jungle Love”—The Time was one of Prince’s first side projects. And The Time was one of the only acts that could shine with or without Prince. Morris Day provided the movie “Purple Rain” with its charisma and personality. And although Prince wrote or co-wrote The Time’s music, it will be hard to replace Day’s voice on classics like, “Jungle Love.”

“Manic Monday”—Prince originally intended for “Manic Monday” to be released by Vanity 6. But over 30 years later, it’s hard to imagine anyone singing the song besides The Bangles. “Manic Monday” reached number two on the Billboard pop charts. And along with the single “Walk Like an Egyptian,” the Prince-penned song helped The Bangles’ “Different Light” album reach a different audience than their previous rock-n-roll albums did.

“Nothing Compares 2 U”—Although Sinead O’Connor made “Nothing Compares 2 U” a hit and Prince’s estate released his studio version as a single in 2018, nothing compares to the live version that Prince sang with Rosie Gaines on the compilation album, “The Hits/The B-Sides.” With “Nothing Compares 2 U,” Prince gives a song to another artist and then performs or releases his version, which outshines the other artist’s version. Prince did the same with Jesse Johnson’s “Shockadelica” and Andre Cymone’s “The Dance Electric.”

“The Glamorous Life”—Sheila E. was like the female version of Prince. And although Sheila E.’s voice has become synonymous with songs like “The Glamorous Life,” it still will be interesting to hear his versions of her songs because the two were so in sync as musicians for so many years. Furthermore, Prince was also known for changing up his voice like he did for his female singing character, Camille. Therefore, Prince’s version of “The Glamorous Life” might actually be very glamorous.

“You’re My Love”—The song “You’re My Love” should have solidified Prince’s genius. For an R&B star to pen a country tune shows that Prince was a musician that knew no genre, boundary or specific style. Prince just made good music and other musicians from across the spectrum loved his talent. His ability to flip from R&B to country was reminiscent of his great friend, Lionel Richie.

“Holly Rock”—Appearing in the groundbreaking hip-hop film “Krush Groove” took Sheila E.’s entertainment career to the next level. She sang “A Love Bizarre” and she even bust a rhyme in the song, “Holly Rock.” She infamously told Rev. Run that rapping was not a difficult thing to do and she tried to prove it with “Holly Rock.” Initially Prince was no fan of rap music and some of its early simplistic rhymes. He let his dislike for the genre be known on the song “Dead On It” which appeared on the mysterious, “The Black Album.” Nevertheless, every now and then Prince relented to the popularity of rap on songs like “Housequake.” His version of “Holly Rock” will give fans another chance to hear Prince’s rhyming skills.