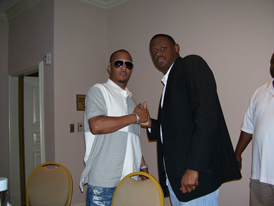 Sequels are the Name of the Game

For years, old school music fans have chafed at some of the albums released by current pop stars.

Despite the fact that albums do not sell like they used to back in the day because of streaming and downloading, even the harshest critics of today’s superstars have to admit that 2016 and 2017 saw some great albums by great artists, new and old.

Hip-hop saw the release of instant classics from Jay-Z, Kendrick Lamar and Drake.

Pop saw the release of a monumental album from Bruno Mars.

Even country got some urban music fans to crossover with the awesome voice of Chris Stapleton.

Maxwell “blacksummers’NIGHT”—On social media and the new “Gods (Kapiro Remix)” video, Maxwell boldly stated that “Night,” the third installment of his “BlackSummers’Night” trilogy that began in 2009 is coming.  While excitement is in the air, it took Maxwell seven years to release the sequel, “Summers.”  Whenever the album drops, Maxwell promises a different vibe than his previous romantic offerings.  Maxwell has stated that “Night” will be more political in nature.  Since the release of the upbeat “Summers,” the Black Lives Matter movement, White nationalist movement and the presidency of Donald Trump have polarized the nation.  Hopefully, “Night” will tackle these topics and more.

Gucci Mane “Mr. Davis”—People associate Regal Media Group with class and sophistication but that does not mean that RegalMag.com cannot get ratchet at times.  Nothing says ratchet quite like Gucci Mane, and the Atlanta emcee drops his next album “Mr. Davis” on Oct. 13.  The new album features a who’s who of urban talent like Nicki Minaj, Chris Brown, ScHoolboy Q, A$AP Rocky, Monica, The Weeknd and Big Sean to name a few.  Check out the new hit single “I Get the Bag” featuring mumble rap kings Migos. Other bangers include “Tone it Down” and “Make Love.”

Diddy “No Way Out 2”—Suge Knight can hate on Diddy all he wants to from afar, but Diddy knew exactly what he was doing by appearing on tracks and videos from legendary Bad Boy Entertainment artists like Biggie Smalls, Mase and Total.  His cameos led to the release of his classic 1997 solo debut “Now Way Out.”  Twenty later, his fans finally get a sequel with “No Way Out 2.”

Lupe Fiasco “The Cool 2”—Ten years ago, Chicago emcee Lupe Fiasco blessed backpack rap fans with his sophomore album “The Cool.”  A decade later, “The Cool 2” is set for release during the winter of 2017.  “The Cool” garnered four Grammy nominations after its release, with classic songs like “Superstar” and “Hip-Hop Saved My Life,” the latter based off of the life story of Houston rap legend, Slim Thug.

New Edition “Family Affair”—The year 2017 belonged to super group New Edition with their BET miniseries and induction into the Hollywood Walk of Fame.  And though the sextet dropped the ball by not dropping an NE album to coincide with the miniseries, all six members of the R&B group have gotten back together for a tour with the cast members of “The New Edition Story” entitled “Family Affair” Tour.  NE has also signed a recording contract, so hopefully the new album is out in time for the new tour.

T.I. “The Dime Trap”—The “King of the South” is back but over the last few years Tip’s music has become more socially conscious so it will be interesting to know that he is going back to the feel from “Trap Musik” for his 10th LP.  T.I. stated that after the release of crossover hits like “Blurred Lines” with Robin Thicke and “Dead and Gone” with Justin Timberlake, he wanted to bring everything back to his true element.

Boyz II Men “Under the Streetlight”—No R&B groups do cover songs like Boyz II Men.  The Philadelphia trio have covered such classics in the past like “In the Still of the Night” and the songs on the entire “Throwback” album.  However, the group will step it up a notch with the “Under the Streetlight” album.  The new album, which drops on Oct. 20, features doo-wop and blues classics like “Why Do Fools Fall in Love,” “Tears on my Pillow” and “A Sunday Kind of Love,” both featuring the legendary crooner Brian McKnight.

Michael Jackson “Scream”—Fans want a new Michael Jackson compilation album of previously unreleased songs, but an album of some of Jackson’s scariest hits will have to do for now.  On “Scream,” which drops on Sept. 29, fans will get some of Jackson’s biggest hits with a horror theme just in time for Halloween.  “Scream” includes the title cut featuring Janet Jackson, “Thriller,” “Torture” and “This Place Hotel” by The Jacksons and many more.  Please check out the “Blood on the Dance Floor X Dangerous (The White Panda Mash-Up)” if you already own the other classics on this compilation.