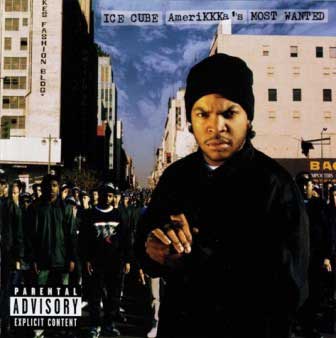 Throw Ya ‘Dubz’ Up

2Pac told everyone that the Westside was the best side on “California Love.”  Whether that is true or not, very few can argue the impact that West Coast rap has had on the hip-hop genre.

From low-riders and hydraulics to tales of ghetto life, rappers from the left coast brought a different dynamic to hip-hop and proved that the East Coast did not have a monopoly on the music that was created in the Bronx, N.Y.

For over 20 years, rappers from California to the state of Washington have made some of the best hip-hop, and Regal Magazine attempts to rank the top 10 West Coast rap albums of all time.

Unlike his comrades in N.W.A., this Ruthless Records artist had lyrical content that was decidedly non-gangster combined with the hardcore beats of producer Dr. Dre.  The African medallions on his album cover, which were definitely en vogue in 1989, foreshadowed that this was not going to be the stereotypical California rap album.

Aided by a Foster Sylvers sample, the lead single “It’s Funky Enough” is still an anthem in 2013 for true hip-hop heads, and “The Formula” foreshadowed all of the success that Dr. Dre would have with his future protégés.

Unfortunately, The D.O.C.’s promising career was cut short after a horrific car accident damaged his larynx. Nevertheless, he was able to use his talents as a ghost writer for Dr. Dre for years, and as a mentor to Dre’s second rap protégé, Snoop Dogg.

Although the lyrics of tracks like “The Humpty Dance” may have been light and comical, Shock G and his crew brought real musicianship to hip-hop, and for that reason their debut album “Sex Packets” makes our list of top 10 West Coast rap albums of all time.

The lead single “Doowutchyalike” was a club hit, but the follow up, “The Humpty Dance” will forever be the group’s defining hit as well as one of the biggest smash hits in hip-hop history.  Everyone from children to grandparents knew the lyrics, and some people are still just realizing that Shock G and Humpty was the same person.

However, the album was not a two-hit wonder.  The title cut jammed as did “The Way We Sing.”  Still to this day, “Freaks of the Industry” is the climax for many Kappa Alpha Psi Fraternity parties.

And after all, Digital Underground is where 2Pac got his start and that reason alone is enough for the group to make this list.

8) “The Documentary” by The Game—For a brief moment in hip-history, The Game and 50 Cent were rap’s dynamic duo.  Their chemistry on the mic was undeniable.  Unfortunately, their lack of chemistry off the mic prevented them from making more music together.

However, they at least were able to put differences aside to collaborate on “The Documentary,” one of the top 10 West Coast rap albums of all time.

At a time when the South and the East Coast had a death grip on the rap game, The Game became the West Coast messiah, combining complex lyricism to describe daily California life, with perfect beats from mentor Dr. Dre and legends like Timbaland.

At a time when many hip-hop songs became dated a few years later, The Game was able to combine his wordplay with iconic beats and make songs like “Westside Story,” “Hate it or Love It” and “How We Do” into classics from an era when G-Unit dominated the charts.

And songs like “Dreams” produced by Kanye West proved that beyond the rough exterior, the Compton, Calif. born emcee had a philosophical side that everyone across the world could relate to.

7) “Amerikkka’s Most Wanted” by Ice Cube—People thought Ice Cube was crazy for leaving N.W.A. at a time when the group was blowing up commercially, but Cube’s decision was the best move of his career.

With his debut solo album, “Amerikkka’s Most Wanted,” Cube was able to expose another side of his persona, not just the gangster mentality that his former group was known for.

He was able to touch on issues affecting the Black community politically and socially, and hooking up with the Bomb Squad and Public Enemy was the perfect combination to showcase the new Ice Cube.  “The N Ya Love to Hate” was a critique of the Black community as Cube questioned why there were more Black men in prison than in college.

Ice Cube also blasted Black institutions like “Soul Train” and “The Arsenio Hall Show” for crossing over.  The song “Endangered Species” was a warning and reminder about how short Black male life expectancy was in 1990 and “It’s a Man’s World” featuring Yo-Yo gave female rappers a platform to speak out against the misogyny and sexism in hip-hop

After one listen to “Once Upon a Time in the Projects,” hip-hop heads everywhere knew Ice Cube was a force to be reckoned with as a solo artist and that his influence would be felt for many years to come.

6) “Straight Outta Compton” by N.W.A.—Eazy E, Dr. Dre, D.J. Yella, Ice Cube and M.C. Ren made hip-hop fans witness the strength of street knowledge and for that simple reason their 1988 album had to make our list of top 10 West Coast rap albums.

The title cut was the perfect way to introduce N.W.A. to the masses and the rest of the album does not lose steam.  Although extremely controversial, “F Tha Police” said what many minorities wanted to say about law enforcement but were either too afraid to or did not have the platform to reach a mass audience.

“If it Ain’t Ruff” showcased the solo talents of M.C. Ren who was overshadowed in the group by future rap icons like Dre, Cube and Eazy.

Actually, the four rappers in the group all got a chance to shine as solo artists and it is songs like “Express Yourself” and “I Ain’t the 1” that showed that although the group was strictly underground, they were smart enough to make music that was radio friendly without selling out to the pop charts.

5) “2001” by Dr. Dre—For a minute it looked like Dr. Dre would not be the same after his sudden departure from Death Row Records.  However, that was before he introduced Eminem to the world and re-introduced himself to the world with his follow-up to “The Chronic” in 1999.

What sets “2001” apart from its predecessor is that the beats sound as fresh today as it did almost 15 years ago.  Furthermore, he was able to bring back all of his buddies from M.C. Ren to Snoop and Tha Dogg Pound for this album, which is definitely one of the top 10 West Coast rap albums of all time.

The album featured “Cali” classics like “Still D.R.E., “XXplosive,” and “Tha Next Episode” as expected.  But also features a little Motown magic with Eminem playing the role of Snoop on “The Chronic,” stealing the show on “What’s The Difference” and “Forgot About Dre.”

And on “The Message,” the Compton, Calif.-born producer/rapper got to show his spiritual and vulnerable side after the death of his son Andre Young, Jr.

4) “The Don Killuminati: The 7 Day Theory” by Makaveli (aka 2Pac)—Death Row Records was at a crossroads in 1996.  By the time of the Makaveli release, Dr. Dre had left the label, 2Pac had been murdered and Snoop Dogg had already released his final album on the label.

Much of the Makaveli album featured seldom-used Death Row producers and 2Pac’s personal crew, The Outlaws.  Nevertheless, the album that only took seven days to record is one of 2Pac’s best because he rapped from the heart without regards to the pop charts or album sales.

The posthumously released album dealt with Pac’s enemies, racism and religion.  It is kind of hard to fathom that a young man, who was really from New York, was able to be so philosophical and influential at only 25 years old.

But almost 20 years later, people are still jamming songs like “Me and My Girlfriend,” “Hail Mary” and “Against All Odds,” and they probably will still jam it 20 years from now and beyond.

“What’s My Name?” was his introduction to the world as a solo artist and each single built on his previous success and made him a worldwide phenomenon by 1994.  Songs like “Gin and Juice,” and “Doggy Dogg World” showcased Snoop’s smooth delivery, which set him apart from his “gangsta” rap contemporaries.

2) “All Eyez on Me” by 2Pac—Out on bail and fresh out of jail, 2Pac hit Death Row Records with a vengeance.  The controversial label already boasted a roster that included Dr. Dre, Snoop and Tha Dogg Pound, but the acquisition of 2Pac made Suge Knight’s company comparable to Berry Gordy’s Motown Records decades earlier.

“California Love” was a match made in heaven as 2Pac finally got a chance to rhyme over a Dr. Dre beat.

The album was 2Pac’s most commercial release during his brief lifetime.  He had songs about women such as “Skandalouz,” and songs for the haters like “Only God Can Judge Me.”

And despite the East Coast/West Coast rivalry, 2Pac showed love for the entire hip-hop community with guest features from everyone from Nate Dogg to Redman and Method Man.

1) “The Chronic” by Dr. Dre—After Ice Cube departed from N.W.A. the group soldiered on. But when Dr. Dre decided to leave the group it marked an end to one era in West Coast hip-hop, and the beginning of the G-Funk era and Death Row Records.  The “Deep Cover” soundtrack gave us a glimpse of what was to come, but “The Chronic” cemented Dr. Dre and Snoop Doggy Dogg’s legacy as the best tandem in hip-history.  One could not walk on a college campus or attend a high school party without hearing “Nuthin But a ‘G’ Thang,” “Dre Day” or “Let Me Ride.”  The album made stars of everyone from Snoop, Daz, Kurupt, Warren G, Nate Dogg and The Lady of Rage.  Although the beats may be more outdated than Dre’s “2001” album, no other album changed an entire genre of hip-hop like “The Chronic” and for that reason it tops our list of top 10 West Coast rap albums of all time.