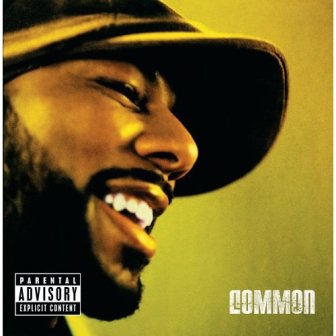 Common’s “Be” is one of the deepest rap albums of the 21st century (Photo Credit: Geffen Records).

Sure when one thinks of Midwest music, the jazz of Miles Davis might come to mind or even the classic R&B sounds of R. Kelly, but the Midwest region of the country is home to some of the “dopest” lyricists in rap history.

From Eminem’s angry delivery, to the quick, can’t catch your breath speed of Twista and Bone Thugs-N-Harmony, when the heart of America got their chance to shine on the mic, they told stories that were unique to where they came from.

Who could forget Bone putting Cleveland on the pop culture map, long before LeBron James donned a Cavaliers jersey?

Artists like Common, Kanye West and that “Slim Shady” character from Detroit, could have their own individual lists, but Regal Magazine will try to show love to the entire region, with our list of top 10 Midwest rap albums of all time.  Tell us what you think.

10) “Food and Liquor” by Lupe Fiasco—The name of the album itself was synonymous with the hood.  Unfortunately, there are liquor stores on every corner in the ghetto, and sometimes more liquor stores than food shacks.

“Kick Push” was the breakout single for this Chicago emcee, which instantly became an anthem for the skater community.  The song also had a deeper meaning to those outside of the skater community because it dealt with finding oneself and belonging when you are not wanted or appreciated.

Furthermore, any album that is aided by the beats of Pharrell cannot help being a classic and one of the top 10 Midwest rap albums of all time.

“The Instrumental” was the typical thought-provoking song for the Islamic lyricist and deals with taking away someone’s voice and leaving them with only the metaphorical instrumental.  Although very controversial at the time, songs like “American Terrorist” dealt with how misguided religious beliefs have led to terroristic acts throughout history.

Although known for consciousness, songs like “Sunshine” dealt with romance and finding love one night in a club.

Lupe is the next Common; he just has not found the balance of consciousness and commercial success yet.  But when he does, he might be one of the greatest cats to ever come from the Midwest rap scene.

9) “Nellyville” by Nelly—KRS One can hate all he wants to, but “Nellyville” makes our list of top 10 Midwest rap albums of all time.  So what if some folks thought it wasn’t real hip; like Nelly said in “#1” it was probably the people whose album flopped.

No matter how hard or hood you think you are, you know you got up and made it to the dance floor when songs like “Hot in Herre,” “Air Force Ones” and “Pimp Juice” came on in the club.

The St. Louis emcee mastered how to make a pop hit early in his career, and he gave us plenty with his sophomore album in 2002.  He featured a young Justin Timberlake on “Work It,” which also featured a cameo from Hugh Hefner in the video, the man who probably invited pimp juice.

And despite the poppy nature of the album, Nelly still gave the street cats something to jam in their car with the “Roc the Mic Remix” featuring Freeway, Beanie Sigel and Murphy Lee.

8) “Creepin on Ah Come Up” by Bone Thugs-n-Harmony—You know an E.P. has to be great to make Regal’s list of top 10 Midwest rap albums of all time.  Game-changing might be a better term to describe Bone’s 1994 debut on Ruthless Records.

The record company that birthed the “gangsta” rap movement with N.W.A. in the late 1980s had fallen on hard times after the departure of Ice Cube and Dr. Dre, but Eazy-E let the hip-hop world know that he was still creating superstars when he signed the Cleveland based quintet.

If you were in high school, songs like “Thuggish Ruggish Bone” and “Foe Tha Love of $” were part of your teenage soundtrack, even if they rapped so fast you could not understand half of the lyrics.

Despite having only eight songs, the E.P. was a precursor of what was to come from the group a year later.

7) “Watermelon, Chicken & Gritz” by Nappy Roots—Is Kentucky in the South or the Midwest?  That is a good question that is still open to debate.  What’s not debatable is the fact that Nappy Roots were one of the most original groups in hip-history and they single-handedly put Kentucky hip-hop on the map.  For that reason, “Watermelon, Chicken & Gritz” makes our list of top 10 Midwest rap albums in history.

Regardless of what region of the country they came from, the album was classic country rap tunes thanks to songs like “Country Boyz.”  But despite the country vibe, their songs were universal because they dealt with the struggles of realizing one’s dreams despite the obstacles, financial or otherwise.

Songs like “Ballin’ on a Budget,” “Slums” and “Po’ Folks” dealt with the struggle of the working class to live a good life despite their lack of resources.

In spite of the theme of struggle on the album, the album was also about realizing your dreams and finally making it in life.

“Awnaw” featuring Jazze Pha was the group’s breakout anthem and still a hip-hop classic, celebrating the fact that after the dark days of struggling, there is always success and brighter days around the corner.

6) “E. 1999 Eternal” by Bone Thugs-n-Harmony—In 1994 Bone wetted our appetite with their debut “Creepin On Ah Come Up,” but by 1995, the Cleveland rap group had people who did not even listen to rap jamming to “The Crossroads” and “1st of Tha Month.”

The group was hands down some of the most talented geniuses to ever pick up a mic.  They were not geniuses because of their subject matter or lyricism, but were pure geniuses with their delivery.  Bone was able to stay true to the streets with songs like “Budsmokers Only” and “Buddah Lovaz,” but in a way that was melodic and radio friendly

Bizzy, Wish, Lazie and Krazie Bone’s lyrical delivery was basically the precursor to Nelly’s breakout anthem “Country Grammar,” which was a gangster anthem masquerading as a pop hit.

Although the album only contained two hit songs, the fact that it was a complete album from start to finish earns it a spot on our list of top 10 Midwest rap albums.

5) “The College Dropout” by Kanye West—Although Kanye West is not usually included in the new generation of rappers like Drake, Wale, Kendrick Lamar and J. Cole, he is probably the spark that ignited the hip-hop flame in all of these artists.

Until Kanye’s debut as a rap artist on Roc-a-Fella Records, many rappers wanted to be thugs and gangsters.  Kanye made a name for himself by being himself, paving the way for other backpack sporting, skateboarding rappers to enter the game with little resistance.

For completely changing the game, “The College Dropout” makes our list of top 10 Midwest rap albums.

Let’s be honest, you missed the old Kanye don’t you?  The Kanye that dropped jewel after jewel on his first album from “All Falls Down” to “Slow Jamz” to “Through the Wire.”

Furthermore, who could forget that it was Kanye who shamed radio into playing “Jesus Walks” with the line “here goes my single radio needs this, they say you can rap about anything except for Jesus.  That means guns, sex, lies, videotape, but if I talk about God my record won’t get played.”

Well Mr. West, they’ve been playing your records nonstop since then and will continue for the foreseeable future.

4) “The Eminem Show” by Eminem—Marshall Mathers (aka Eminem, aka “Slim Shady”) is the White Tupac Shakur hands down.  Not only is he comparable to 2Pac because he likens himself to Pac on “Soldier,” but because he allowed you to feel his pain like Pac and people related to that.  He didn’t pretend to be from the projects or something he was not; he was just the cat from the Detroit trailer parks.  Maybe if Vanilla Ice or Marky Mark would have done the same thing they would still be rapping.

Nevertheless, songs like “White America” pondered what his career would have been like if he was Black, and how his color may have helped him find success.  Regardless, his songs spoke to suburban White kids and that is why he was able to sell so many records in his heyday.

Autobiographical songs like “Cleanin out My Closet,” dealt with his volatile relationship with his mother, much like 2Pac used his music to vent about his mother’s crack addiction.

And like Shakur, he was able to vent his anger but also show his compassionate side, like on the love song to his beloved daughter entitled “Hailie’s Song.”

Furthermore, he was able to combine real lyricism with other genres of music, like the country vibe on “Square Dance.”

Not since Eminem’s prime has a rapper worn his emotions on his sleeve in quite the same way; so for his ability to truly produce art that people could feel, “The Eminem Show” makes Regal’s list of top 10 Midwest rap albums of all time.

3) “Be” by Common—The artist formerly known as Common Sense was an O.G. long before he hooked up with Kanye West, but a larger audience was exposed to his G.O.O.D. (Getting Out Our Dreams) Music after he signed with Ye’s label.

The Chicago native was always known for pushing boundaries and continuing in the legacy of conscious rappers like Poor Righteous Teachers and Public Enemy, but by 2005, even his most diehard fans thought he had become too eclectic.

However on this album’s lead single “The Corner,” Common let it be known that he was back in his comfort zone of making thought-provoking bangers.

“Be” symbolized the time with its themes from free love in “Go” to the idea that God could actually be a female in “Faithful.”

His storytelling on the hit song “Testify,” was genius and could rival anything that hip-hop’s best storyteller, Slick Rick, had ever created.

Although a conscious rapper like Common may never get the pop audience that he deserves, he doesn’t care.  He stays true to himself and to his art, and for that reason he comes in at number three on our top 10 Midwest rap albums.

2) “The Marshall Mathers LP” by Eminem—Ranking the best Eminem album is a daunting task, but having only one of his albums make our list of top 10 Midwest rap albums would be unacceptable.

“The Marshall Mathers LP” featured one of the most original and heart-wrenching rap songs ever.  “Stan” dealt with an obsessed fan who committed a murder-suicide because of some of the messages from past Eminem songs.  The song affectively dealt with the responsibility of stardom and the fact that some fans cannot separate entertainment from reality.

“Stan” was the heart of the LP, but that did not mean that Eminem strayed too far away from his winning formula with songs like “The Real Slim Shady,” baby-mama diss “Kim” and the defiant anthem “The Way I Am.”

1) “Graduation” by Kanye West—Third time’s a charm.  Honestly, the first two Kanye West albums were also charms, but the Chicago poet created his “Thriller” and “Purple Rain” with his third album “Graduation.”

What made “Yeezy” different was the fact that he was truthful and vulnerable in his rhymes with songs like “Stronger” and “Can’t Tell Me Nothing.”

Furthermore, he was fearless in his collaboration with songs like “Champion” featuring Chris Martin of Coldplay and the anthem “Good Life” featuring T-Pain.

However, the introspective songs like “Everything I Am” and “Big Brother” spoke to an artist who had truly found his voice.  The fact that he has been the voice of a generation of hip-hop heads makes “Graduation” number one on our list of top 10 Midwest rap albums.