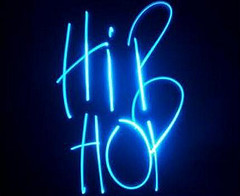 Atlanta native Candy Cartel was 15 years old when she fell in love with hip-hop.

It was love at first lyric when she heard rapper T.I. (also hailing from the “ATL”) spit on his debut album, “I’m Serious.”

The self-proclaimed King of the South’s lyrics spilled into Cartel’s ear until she fell asleep. Before long she was crossing over to Eminem, OutKast and Bone Thugs n Harmony to support her hip-hop habit and it served as a catalyst for her “I Love Hip Hop Blog.” Now she gets her fix with new artists, but the high isn’t the same.

“Honestly music isn’t as good as it use to be,” says Cartel, 25, who interviews local hip-hop artists and DJs for TV and radio stations. “I’ll pop in an old album from T.I., right before I pop in something new.”

A sentiment most hip-hop fans share in blogs, vlogs and on Twitter.  Hip-hop heads compare the beats, lyrics and style of hip-hop artists from the ‘90s (e.g. Tupac, Biggie, KRS-One) to new rappers from 2000s (e.g. Lil Wayne, Rick Ross, Soulja Boy).  Has the nearly 38 year-old genre—its official anniversary is next month—lost the authenticity that has made its emergence so appealing?

“The stuff on TV now is an extension of a violation in the hip-hop culture,” says Boyd, 23, co-creator of the Real Hip-Hop Forever Web site that aims to foster the five fundamental elements of hip-hop culture (graffiti, DJing, Breakdancing, MCing and Beatboxing.) “Hip-hop music is about a specific vibe and feel. [Music today] is just rap with instrumental accompaniment; the stuff is being confused with hip-hop. “

The hip-hop record sales are straightforward. Earlier this year Billboard reported that rap was the only genre that posted an album sales increase in 2010; a bump of just 3 percent (hip-hop records scanned 27.3 million units up from 26.4 units in 2009) that rappers Eminem, Drake, Lil Wayne, and Nicki Minaj have ushered in.

Not only is it popularity that attracted fans to these artists, it’s also their unique approach to a genre that since its inception has been dominated by East Coast and West Coast rappers. Southern rappers recognition shot up in mid-2000s, which some hip-hop fans pinpoint as a change in the quality of the genre.

“It was not the new artists that destroyed hip-hop,” writes vlogger 2pacslifegoeson213 in a YouTube video called old hip-hop vs. new hip-hop shocking realities. “But it was us; we are the one(s) that carry on true music through the game of [hip-hop record] sales. Since ignorant r*****s listen to Southern artists like GS Boys, Baby, Flo rida, Rick Ross, T Pain, Soulja Boy and their leader: Lil Wayne, real hip-hop isn’t given a chance. Don’t get me wrong, I want to give all the respect in the world to those s****y artists, but when you say yooooouuuuuu for an entire song it’s kinda hard to.” [Referring to “Crank That (Soulja Boy)”]

Hip-hop journalist Ben Westhoff tracks the emergence of Southern rappers in the mainstream with his book Dirty South: Outkast, Lil Wayne, Soulja Boy, and the Southern Rappers Who Reinvented Hip-Hop. (Chicago Review Press, 2011) In the book, Westhoff describes Southern rap lyrics as “full of hyper-regional slang. Formal structures and metaphor-heavy rhymes are often forsaken in favor of chants, grunts, and shouts, like when Lil Jon yells out, “OK!”

Hip-hop record sales aside, fans of Lil Wayne and other Southern rappers think their lyrics are misunderstood because it speaks to their culture growing up in the South.

Hip-hop heads began to have an idea as they were introduced to Soulja Boy’s “Crank That” song and dance that had a massive following on MySpace, and led to the debut of his album Souljaboytellem.com in 2007, inspiring Nas to use his 2006 album to diagnose the rap industry: “Hip Hop is Dead.”

“There are some underground artists that are making some earthquakes, says Boyd. “J.Cole, Lupe Fiasco; they were doing good stuff early on and now they’re on labels. “

“There is quality hip-hop out today,” says Cartel, who has J. Cole’s Friday Night Lights holding her ears hostage these days. “[But] some of the old albums are the best.”