Author: Hip-Hop in Houston Instrumental in Popularity of Rap 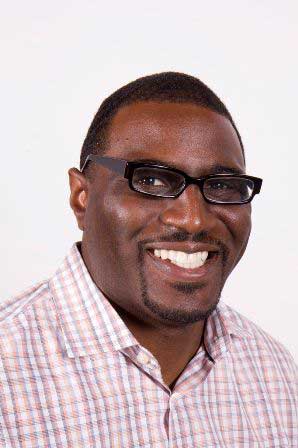 Emerging scholar Maco L. Faniel is the author of a book detailing the origin of hip-hop in Houston.

The Kings of the South

Maco L. Faniel is an emerging scholar, speaker, advocate and now an author thanks to his new book, Hip-Hop in Houston: The Origin and the Legacy.

This book was written to place Houston hip-hop studies on the map within a university setting, because of it being a new field with very few scholars attempting to tell the full story about hip-hop in Houston, and the entire southern region.

The book highlights Houston’s rich musical history and recognizes the talented artists from different genres and eras such as blues, jazz, gospel, zydeco, as well as what effect deejaying and the media played in growing the culture.

Hip-Hop in Houston: The Origin and the Legacy also shows what roles early rap pioneers like Steve Fournier, James Smith (now known as James Prince) and many others played in Houston’s rise to prominence.

Faniel’s book starts off describing the elements of hip-hop and its original place and practices.

The use of new technologies such as mixing and deejaying, combined with expressions like graffiti, break dancing, emceeing, along with the first hip-hop hit in 1979, “Rappers Delight” by Sugarhill Gang, was a major factor in establishing the culture, and is primarily the reason why the Bronx, N.Y.  is nationally credited for the start of hip-hop.

However, the author argues that Houston has its own place in history when it comes to music.

He backs this up by quoting music critic David Nelson who suggested that Houston is the “birthplace for some of the most significant developments in modern blues.”

Faniel suggests that cultural formation can be understood as accidental and responsive and as an antecedent of other cultures, implying that popular artists who played in Houston like Arnett Cobb, Sam Hopkins, Clarence “Gatemouth” Brown, and many others from different genres contributed and played a role in the development of hip-hop.

Houston’s nightclubs and Fournier are one of the biggest influences for hip-hop in Houston gaining popularity.

Fournier always had an appreciation for Black music but started deejaying by accident, filling in for a deejay that became ill one night.

Over the years, Fournier caught the attention of many entrepreneurs, all wanting him to work for them as a deejay. He was successful at every club, catching the attention of record labels and regional representatives from New York and developing relationships.

Faniel acknowledges Fournier’s efforts for familiarizing the culture of hip-hop to Houstonians.

He played the latest and most popular hip-hop joints at the time, and even booked Kurtis Blow and the World Class Wrecking Cru (featuring a young Dr. Dre and D.J. Yella of N.W.A. fame) to perform at the clubs when nobody else was doing so.

Fournier later formed the Rap Pool of America. His influence was the reason groups like Geto Boys and UGK rose to prominence.

Houstonians weren’t really listening to and buying rap music until he came along. He was the catalyst for hip-hop in Houston gaining momentum.

Prince founded Rap-a-Lot Records in 1986 and took hip-hop in Houston to the next level. According to the author, this was a tipping point and breakthrough because of what it meant to hip-hop in Houston and the entire southern region of the country.

“Persons modeled the way that they did their businesses after Prince,” Faniel said. “Master P would tell that he came and talked to James Prince.  People from Atlanta will tell you they talked to Prince too.”

Faniel also added that Houston is the largest southern city for hip-hop consumers. So in terms of music production, music consumption and in terms of independent business models, Houston is significant when it comes to hip-hop.

Prince tried to move the company to New York, but soon moved the company back after receiving little respect from executives whose mindset was that nothing good could ever come from the south.

Faniel believes that many scholars also have adopted that mindset about the south, seeing the south as “country and backwards.”

Rap-A-Lot eventually started having success and Houston was considered a true hip-hop city around 1991.

The author gives insight by using a timeline that will allow readers to go back and pinpoint dates of historical facts about Houston’s musical history that went unreported for so long.

Because of the large nightclubs, support from local radio stations like the KTSU radio program “Kidsjamz,” and a large consumer market, Houston is now considered as a music city with a plethora of artist who have “put on for the city.”