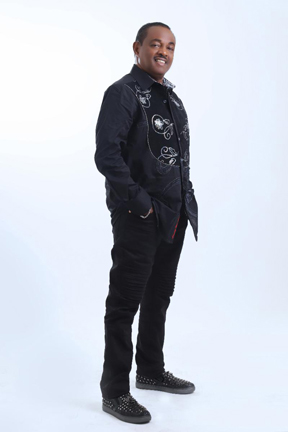 Robert “Kool” Bell and his band Kool & The Gang are celebrating 50 years in the music business (Photo courtesy of Double Xxposure Media Relations).

On Kool & The Gang’s 1980 anthem “Celebration,” former lead singer James “J.T.” Taylor sang, “There’s a party goin’ on right here, a celebration to last throughout the years. So bring your good times, and your laughter too. We gonna celebrate your party with you.”

For bassist Robert “Kool” Bell and his band Kool & The Gang, that party is still in full effect 50 years later with no signs of slowing down.

When a group has a catalog that includes the aforementioned “Celebration,” “Joanna” and “Misled,” the party will last as long as the band wants it to because those classics will never get outdated.

Nevertheless, every band has its genesis.

For the band that would become Kool & The Gang, that genesis began in an era in which Black musicians began to get the mainstream success that they so richly deserved.

Unique sounds came from areas like Detroit with the pop success of Motown Records as well as Memphis with the soulful sounds of artists from Stax Records.

But in New Jersey in 1964, the sounds of jazz legends like John Coltrane, Freddie Hubbard and Ron Carter motivated Bell and some of his childhood friends to start a jazz band known then as the Jazziacs.

The new band began building a buzz and a name for themselves throughout the “Garden State” and the entire East Coast. The band then began to experiment with other sounds and genres before finding their own unique voice and groove.

The Jazziacs would continue to change their name until they founded the name that would become a staple in pop music lore for half of a century.

The band went by the names The New Dimensions, The Soul Town Band in which they performed as the backup band for the Soul Town Organization, covering many of the Motown classics of that era.

The group then changed their name to Kool and the Flames, but again would change it to not cause any confusion with James Brown and His Famous Flames.

The band decided on the moniker Kool & The Gang because their sound combined the street and funk sounds that music fans in the urban community listened to at the time.

Kool & The Gang would combine that funk with jazz, R&B and pop to get that signature sound that has made the group one of the most beloved groups of all time.

And like all real musicians, changing their sounds as the times changed is Kool & The Gang as well.

Great musicians never stick with one sound throughout their career.

Many true musicians experiment with different sounds throughout the years in order to keep evolving as times and tastes change.

Kool & The Gang started their recording career in 1969, releasing their self-titled debut album.

Throughout the 1970s, the band made an indelible mark on the music industry by releasing funky cuts that featured more horns than actual lead vocals.

In the early to mid 1970s, Kool & The Gang became known for classics like “Jungle Boogie,” “Hollywood Swinging” and “Summer Madness.”

But as funk somewhat gave way to disco music in the late 1970s, Kool & The Gang needed a new sound that would separate them from the pack and create a new identity.

“We were out on tour with The Jacksons and the promoter…the late Dick Griffey said, ‘Hey man, you guys are doing well on the tour. But I recommend a suggestion to you guys. You guys need to get a lead singer.’ We said, ‘Well, we never thought about that.’ But the type of songs that we were writing were more instrumental,” said Bell. “Our horns are like our singers…

“J.T. Taylor was working at the same studio that was suggested for us to record the new album, which of course became the ‘Ladies Night’ album.”

The concept for the song “Ladies Night” came from Bell and his wife’s frequent trips to New York City clubs like Studio 54.

The clubs often had promotions like Ladies Night on the weekends and Kool & The Gang decided to use the concept for a song.

The song took off and Kool & The Gang’s reign atop the pop charts took off too with the addition of their new lead singer, Taylor.

While many groups might struggle with the addition of another artist to an existing dynamic, Kool & The Gang welcomed Taylor with open arms because their main goal was to advance musically.

“It went well for a while,” said Bell. “Then J.T. decided that he wanted to leave in 1987. He felt that he wanted to grow and do something on his own, which he could’ve done and still been a part of Kool & The Gang.”

Despite Taylor’s departure, the band found new life and a found a new generation of fans thanks to rap artists sampling their classics.

Next to James Brown, Kool & The Gang is arguably the most sampled artist in hip-hop history.

Artists like D.J. Jazzy Jeff and The Fresh Prince with “Summertime” and Mase with “Feels Good” made sure that the band’s music would be heard constantly on pop radio throughout the 1990s.

And in 2018, Kool & The Gang’s career has come full circle as they continue to tour with groups like, The Jacksons.

Kool & The Gang along with The Jacksons, The Pointer Sisters, Sister Sledge and Village People will tour Australia beginning next month.

The couple had been together the majority of their lives and had several projects and businesses lined up, which Bell will continue.

Le Kool Champagne has received rave reviews in France and Japan and will soon be imported to the United States.

The bassist also has a new cologne called Just Kool Cologne coming out for Valentine’s Day.

Bell, along with his late wife and Cosa Ross started London Gate Management to help navigate the careers of up-and-coming artists so that they can hopefully enjoy a 50-year run like Kool & The Gang.

And the way the band is still rocking the party, there is no slowing down for Kool & The Gang anytime soon.

Regardless of what the future holds for Kool & The Gang, the band has definitely had some good times throughout the last 50 years.

As Taylor sang on the classic song, “Celebration,” written by Bell’s brother Ronald Bell, the band has had some good times and it is a blessing to see the band and its fans still celebrating 50 years after the fact.