Regal’s 2014 Most Beautiful Women in the World 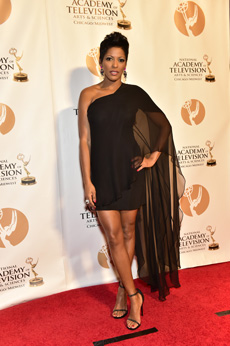 Beauty comes in all shapes, sizes and colors.

It is not just one thing—one skin tone, one hair length, one body type or one personality.

It is doctors, lawyers, models, mothers and songbirds.

The most beautiful women in the world for 2014 are…

14) Natari Naughton—The former member of the R&B group 3LW (Three Little Women) is no longer anyone’s “little” woman, but a huge force to be reckoned with in Hollywood.  Naughton’s pretty face and perfect curves are just the tip of the iceberg.  Her street, ride or die chick persona on screen is every hood cat’s dream.  The sex appeal that she displayed as Lil Kim in the Biggie Smalls biopic “Notorious” has only been enhanced in the TV gangster drama “Power,” executive produced by 50 Cent.  However, do not let the street exterior fool you because this former Broadway star was an honor student at Seton Hall University proving her inner beauty is much more profound than anything that the eyes can see.

13) Jessica Lucas—Canadian-born actress Jessica Lucas may not be a household name in America, but she was a no brainer for our 2014 list of the most beautiful women in the world.  The 29-year-old Vancouver, British Columbia native has a beauty that radiates from the movie screen even in an action film like “Pompeii.”  Lucas proved her broad talent by starring in very diverse roles throughout 2014, like the buddy comedy “That Awkward Moment” and in the criminal TV miniseries “Gracepoint.”  Although her plans for 2015 have not been made public, we are certain that all in the very near future will know her name.

12) Parker McKenna Posey—Many grown men remember how awkward it was to see how beautiful and sexy Meagan Good had become as a grown woman.  After all, she was the same little girl from movies like “Friday” and “Eve’s Bayou” and sitcom “My Wife and Kids.”  Well, something must have been in the water at the set of “My Wife and Kids” because Parker McKenna Posey, who played little Katie, may have Good beat when it comes to physical beauty.  The 19-year-old has appeared on TV shows like “iCarly” since the cancellation of the sitcom that made her famous, but she set the Internet on fire this year with modeling pictures.  One of the most beautiful women in the world will resume her acting career with “This is Real,” a family comedy about young girls obsessed with professional wrestling.

11) Amber Stevens—Actress Amber Stevens has been grinding for a long time and it took a starring role alongside Ice Cube in “22 Jump Street” to totally showcase her talent and beauty.  And if she is anything like her character Maya in the film, who fell in love with Jonah Hill, average looking guys even have a chance with her, making her even more alluring.  The Los Angeles native has appeared in TV shows like “90210,” “How I Met Your Mother,” and “Grey’s Anatomy” proving there is much depth to her acting talent.  In 2014, she also starred in the horror film “Jessabelle” and the TV movie “Keep it Together.” Next year we will see her in “Betting on a Baker,” which is already in post-production.

10) Kandi Burress—This “Real Housewives of Atlanta” star has to be one of the most beautiful women in the world just for dealing with Mama Joyce while maintaining her class and dignity.  The former Xscape singer wed her longtime boyfriend Todd Tucker in 2014, while continuing her stellar career in front of the camera as well as behind the board in the recording studio.  Known for her strong vocal range as a singer, the College Park, Ga. native is probably even more successful as a songwriter-for-hire, penning such classics as TLC’s “No Scrubs” and Destiny’s Child’s “Bills, Bills, Bills.”  The hit “No Scrubs” is still earning her money.  Not just on the radio, the song is still producing publishing royalties from features on everything from “Glee” to “The Other Guys.”

9) Lesley McSpadden—Like Lucia McBath, Lesley McSpadden turned her mourning into a mission after police officer Darren Wilson killed her son Michael Brown this summer in Ferguson, Mo.  As she awaits word on an indictment in the shooting, McSpadden has traveled as far as Geneva to tell the United Nations what it is like in the St. Louis suburb.  Her cousin Eric Davis summed up McSpadden’s faith by stating that regardless of the legal outcome, their faith is in God, and Wilson will have to answer to Him for Brown’s death.  There is nothing more inspiring than a woman with faith.

8) Lucia McBath—Strength is something many people claim to possess, but many are never put in a position where they have to remain strong in public during their weakest hour.  Like Sybrina Fulton and Lesley McSpadden, McBath belongs to a sorority that no mother should ever have to belong to.  Her son Jordan Davis was murdered in Florida in 2012, and her willingness to forgive the killer Michael Dunn, epitomizes the virtuous woman.  She is now a national spokesperson for Moms Demand Action for Gun Sense in America and is seeking to get stand your ground laws repealed in 25 states.

7) Loretta Lynch—Loretta Lynch has always been a boss.  The next United States Attorney General began her distinguished career prosecuting violent and drug-related crimes.  She was appointed as United States Attorney for the Eastern District of New York in 1999 by former President Bill Clinton, serving until 2001 before reclaiming the position after her appointment by President Barack Obama in May 2010.  While she faces a battle to make the gig official, make no mistake she has what it takes to get the job done like her predecessor Eric Holder.

6) Gugu Mbatha-Raw—With a name like Gugu, one is destined to stand out.  Combine that unique name with a unique talent and exquisite looks and you have one of the most beautiful women in the world.  The years 2013 and 2014 belonged to the British actress born Gugulethu Sophia Mbatha.  First she wowed audiences with her aristocratic performance in “Belle” and then she channeled her inner-diva in “Beyond the Lights,” which is currently receiving rave reviews.  Hollywood seems to be her oyster because she has multiple projects lined up for 2015 including “The Whole Truth,” “Jupiter Ascending” and an untitled drama about NFL concussions.  It looks like Mbatha-Raw will continue her role as “belle” of the ball for the foreseeable future.

5) Lupita Nyong’o—The “O” in Nyong’o should stand for Oscar because never has one’s performance in a supporting role been so deserved of an Oscar than her role in “12 Years of Slave.”  Furthermore, what other Hollywood actress looks better without any makeup than they do with makeup but her?  What was more impressive about her win was her acceptance speech in which she finally gave a voice to all of the beautiful women of color who do not see their beauty always represented on the big screen.  Well, moviegoers should get accustomed to her natural beauty on the big screen because they can see her again in “Star Wars: Episode VII-The Force Awakens” and “The Jungle Book.”  Her career looks like it’s headed for a “Non-Stop” rise to the top.

4) Amber Rose—Amber Rose was always more than just a pretty face.  She epitomized the importance of having one’s own style and standing out from the rest.  She makes a shaved head look better than a head of flowing locks.  Throughout the years, the Philadelphia native has been the spokesperson for Smirnoff, started her own line of eyewear and released a couple of singles on the music scene.  In 2014, she appeared in the Nick Cannon-directed “School Dance” as well as the TV series “Selfie.”  She does not have plans to slow down in 2015 though.  She is already scheduled to appear in the film “Sister Code” next year.

3) Tika Sumpter—Any woman sexy enough to get grown men to watch a soap opera on a weekly basis has to be one of the most beautiful women in the world.  2014 was another great year for “The Haves and Have Nots” star.  The Marymount Manhattan College graduate showed her acting range with comedic performances in “Ride Along” and dramatic flair in “Get on Up.”  She has completed filming on the sequel to “Ride Along” and will also star opposite Queen Latifah in “Bessie,” the TV biopic on legendary blues singer Bessie Smith.  The sky is the limit for the young actress, but she has literally become Candace Young on “The Haves and Have Nots” in the same way that Kerry Washington has become Olivia Pope on “Scandal.”

2) Tamron Hall—News anchors are known for their brains and beauty, but few possess brains and beauty on the level that MSNBC’s Tamron Hall does.  The Luling, Texas native and Temple University alum started her distinguished career in Bryan, Texas before stops in Dallas and Chicago.  At MSNBC, she anchors “NewsNation,” which has covered stories ranging from Sept. 11 to Hurricane Katrina.  Hall is basically a Swiss army knife, co-hosting NBC’s “Today” show, while also contributing to “Dateline” as well as special reports like “Debating the Black Agenda.”

1) Sklar Diggins—At the NBA All-Star Weekend Celebrity Basketball Game, Kevin Hart joked that, “Skylar loves Kevin.”  The truth is, Kevin and the rest of the brothers out there love Skylar and rightfully so.  Although men love sports, even those that do not probably love watching the Tulsa Shock point guard play just to catch a glimpse of her beauty.  The Notre Dame product had a breakout year in 2014, averaging 20.1 points and 5.1 assists per game.  The Roc Nation Sports representative also proved she had game off the court, appearing in Sports Illustrated’s annual swimsuit edition.