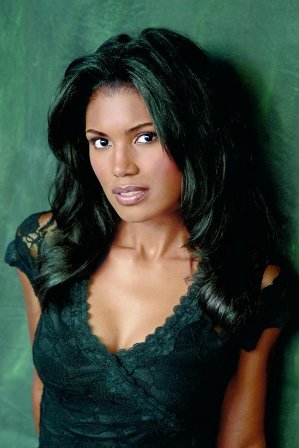 Hands down, actress Denise Boutte (“Tyler Perry’s Why Did I Get Married”) is one of the most beautiful women of 2013 (Photo Credit: IMDB.com).

Beauty is definitely in the eye of the beholder.  If physical beauty determined the true definition, the list of most beautiful women of 2013 would last into infinity.

However, to make Regal’s list of the 13 most beautiful women of 2013, physical beauty is only a superficial attribute.  One has to exhibit class, grace, intelligence, confidence and strength to fulfill their complete potential of beauty.

The women in our annual list definitely fit the mold.  As always, no lady can make the list two years consecutively.  And as always, there was still a plethora of beautiful women to choose from.

13) Jurnee Smollett—Who would have ever imagined that the little girl who guest starred on “Martin,” would not only grow into a vivacious young woman, but a force to be reckoned with amongst serious actors?

However, in 2013 her star continued to shine with her role in “Tyler Perry’s Temptation: Confessions of a Marriage Counselor.”

Undoubtedly, she became a bona fide adult star with her dramatic performance alongside Denzel Washington in “The Great Debaters,” along with television roles on shows like “Friday Night Lights.”

Be prepared to see her name in lights for many years to come.

Despite the fact that she is constantly working in Hollywood, “The Best Man Holiday” put her back on the pop culture map.  Face it, a woman has to be beautiful for a man to ignore all of the baggage that Shelby carries.  Let’s just hope De Sousa is nothing like the character she portrays.

Look for her in the upcoming film “C.R.U.” starring Harry Lennix.

11) Michelle Obama—The First Lady should make every list of the most beautiful women of 2013 because she almost singlehandedly redefined the image of beauty that young Black girls see on a daily basis.

Obama proved that one’s grace, class, intelligence, along with physical beauty commands the respect of any man, even the most powerful politician on the planet.

Her initiative on childhood obesity is proving that beauty and brains can coexist, as she changes the lives of millions of children across the country.

10) Regina Hall—Although she may have been overshadowed by the bigger roles of others in “The Best Man,” Regina Hall is definitely not overshadowed by anyone in the beauty department.  Since that 1999 classic, Hall has gone on to star in “Think Like a Man,” “Law Abiding Citizen” and “Paid in Full.”

Already in the can for Hall are roles in “Think Like a Man Too” and “About Last Night,” both starring Kevin Hart and Michael Ealy.

In addition to her obvious talents on screen, Hall also has a journalism degree from New York University.

9) Sybrina Fulton—No mother should have to bury their own child, especially if it is because of a senseless “murder.”  However, no mother in years has handled such a high-profile loss with so much class, dignity and strength as the mother of Trayvon Martin.

Unfortunately, Martin is a martyr.  Nevertheless, Fulton is using his martyrdom to implement changes that will hopefully prevent another parent from feeling the same emptiness she feels.

Not only did Fulton handle Martin’s death like the strong Black woman she is, she handled George Zimmerman’s acquittal with an equal amount of grace and poise.  For showing the strength of Black women, Fulton makes Regal’s list of most beautiful women of 2013.

8) Monica Calhoun—Maybe it is the good girl image that is so adorable, but Monica Calhoun returned to the radar screen of men thanks to her appearance in “The Best Man Holiday.”  Although many remember seeing her first in her portrayal of Rebbie Jackson in “The Jacksons: An American Dream,” it was her role as Ebony in “The Player’s Club” that got men salivating.  Any woman that can hold her own opposite LisaRaye is definitely beautiful.

Although she obviously will not return for the third installment of “The Best Man” franchise, she definitely made her case as one of the most beautiful women of 2013.

7) Paula Patton—2013 was a good year for the entire Thicke family.  Paula Patton’s star continued to shine in Hollywood, Robin Thicke’s music crossed over to the pop charts, and son Julian Fuego got his shine on in his father’s video for “Give it 2 U.”

Needless to say, Patton is one of the most beautiful women of 2013 and any other year for that matter.  She starred in the films “Baggage Claim” and “2 Guns” with Denzel Washington and Mark Wahlberg, and is rumored to be starring in “Mission: Impossible 5” in 2015.

Patton’s confidence and security makes her beauty stand out.  Many women would have been jealous if young Miley Cyrus “twerked” on their husband, but Patton was actually turned on by it.  And her ability to roll with the punches is why many men are turned on by her.

However, not even her fictional crazy side could scare Regal Magazine away from naming her one of the most beautiful women of 2013.

This beautiful twin has come a long way since the sitcom “Sister, Sister.”  The married mother of one has expanded her entertainment empire to include producing and reality TV.

“The Game” made her an adult star, and her star continues to rise years later.

5) Sanaa Lathan—The lovely Sanaa Lathan could make our list every year, but because of “The Best Man Holiday” our list of most beautiful women of 2013 would be incomplete without this New York native.

Not only was 2013 a stellar year for her at the box office, her name stayed in the headlines because of her rumored romance with San Francisco 49ers quarterback Colin Kaepernick.

Lathan already has a few films lined up for the near future such as the third installment of “The Best Man,” “Repentance” and “Macbett.”

The sky is definitely the limit for this talented thespian.

4) Nia Long—Men have been in love with Nia Long since she starred as Kat on “Guiding Light” and Brandi in “Boyz N The Hood.”  However, for some reason she becomes even more radiant with each passing year, and for that reason she makes Regal Magazine’s list of most beautiful women of 2013.

This year, Long starred in eight episodes of the TV show “House of Lies” and reprised her role as Jordan Armstrong in “The Best Man Holiday.”

In 2014, she will team up with media mogul Tyler Perry for the much-anticipated film “Single Moms Club,” co-starring Perry, Eddie Cibrian and Terry Crews.

3) Beyonce’—It’s Beyonce’s world, we are just living in it.  As if the “Mrs. Carter World Tour” wasn’t enough to make 2013 Beyonce’s year, the Houston native added icing on the cake by dropping a surprise self-titled album last week.

By doing so, the pop icon proved that the typical rules do not apply to her stardom and her name alone is sufficient to grab attention from every other wannabe in pop culture.

All hail the queen!

2) Meagan Good—Meagan Good is currently starring in “Anchorman 2” and it is kind of a big deal.  Her role as Linda Jackson in the anticipated sequel epitomized her personality, showcasing beauty, strength and intelligence.

Although she has been known in Black Hollywood for decades, 2013 represented her mainstream crossover with a role on the canceled TV show “Deception.”

Next year looks to be even more successful for one of the most beautiful women of 2013 with roles in “Think Like a Man Too” and “Doctor Me” etched in stone.

1) Denise Boutte—Regal Magazine’s top selection for the most beautiful women of 2013 may shock some, but it should definitely not shock the “brothers” who faithfully watched the “Meet the Browns” sitcom just for her.

Actress Denise Boutte made a name for herself starring in Tyler Perry productions like the film “Why Did I Get Married,” but in 2013 she also starred in TV movies such as “Between Sisters” and “Dear Secret Santa.”

Although she may not yet have the star power as our other starlets, her brains and beauty separate her from the pack.