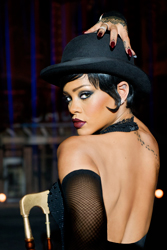 Regal readers, that time of the year has finally come.

Many want the honor, but only 17 lovely ladies can make the list for the year 2017.

For those unfamiliar with Regal’s rules, no woman can make the list for two consecutive years and the list cannot be a cliché copy of other magazines’ selections.

This is not mainstream media’s definition of beauty.

This is Black Hollywood’s definition of beauty and you know the sisters rock!

Furthermore, Regal’s definition of beauty goes beyond the physical.  The women on this list have to possess internal beauty, not just external beauty.

So without further adieu, RegalMag.com presents the most beautiful celebrity women of the past year!

Diana Ross—The legendary diva Diana Ross never got that Academy Award she deserved for “Lady Sings the Blues.”  However, her trophy case is full and now includes a lifetime achievement award from the American Music Awards, which were hosted this year by her daughter, Tracee Ellis Ross.  Even at 73 years old, the Detroit native is still sultry and sexy and can still rock the house if her American Music Awards performance was any indication.

Demetria McKinney—The late, great Whitney Houston once stated that crack was wack.  And although McKinney played a crack addict on “Tyler Perry’s House of Payne,” there is nothing wack about the multitalented diva.  Her debut album, “Officially Yours” dropped in 2017 with the instant classic single, “Easy.”  And speaking of Houston, McKinney portrayed the late songstress in the TV One movie, “Bobbi Kristina.”  She appeared in “Being Mary Jane” this year and plans to reunite with Perry on his new sitcom, “The Paynes” in 2018.

Eve—If people listened to Eve’s music back in the day, they would know that the former Ruff Ryders’ first lady has always had something to say on issues like domestic violence, etc.  So when Eve was named as the newest co-host on “The Talk,” true fans were not surprised.  Last year, she added to her acting resume by reprising her role as Terri in “Barbershop: The Next Cut” and in a bit of foreshadowing, this year Eve starred in “Daytime Divas,” a comedy chronicling the lives of female cohosts of a talk show.

Demetria Obilor—Haters are gonna hate because that’s what they do and Demtria Obilor has dealt with the haters in 2017, for sure.  The Dallas area traffic reporter became an Internet sensation with her curvaceous body and beautiful face.  However, she received her share of backlash from haters who obviously only believed in White Hollywood’s definition of beauty.  Nevertheless, Obilor used her fight against body shamers to shed light on the fact that a woman does not have to be a size zero if she is a “dime.”

Kat Graham—Any woman who can convincingly portray Jada Pinkett Smith on the big screen has to be beauty personified.  Actress Kat Graham succeeded brilliantly as a young Pinkett in the Tupac Shakur biopic, “All Eyez on Me.” The star from “The Vampire Diaries” has appearances lined up in 2018 with the film, “Decoy” and the TV series, “Rise of the Teenage Mutant Ninja Turtles.”

Solange—Being the sibling of a megastar can become a daunting task, just ask singer Jermaine Jackson.  Nevertheless, Solange finally started to receive her just due as an artist, no longer just the little sister of pop icon Beyoncé.  Although her album “A Seat at the Table” came out in the fourth quarter of 2016, the awards and recognition still dominated 2017.  The Houston native won the BET Centric Award for the hit song “Cranes in the Sky” and won the Billboard Impact Award just to name a few.

Octavia Spencer—This Academy Award (“The Help”) winner can do no wrong on the big screen as she continues to deliver dazzling performances.  Spencer ended 2016 with a bang with her performance in “Hidden Figures.”  And in 2017, she did not lose steam with wonderful performances in “The Shack,” “Gifted,” “Small Town Crime” and upcoming film, “The Shape of Water.”

Queen Latifah—Thirty 30 years later and its still all hail the queen.  While her music career has taken a backseat, her acting and modeling careers have never slowed down.  And with her company Flavor Unit, Queen Latifah continues to solidify her footprint behind the scenes in Hollywood.  In 2017, the artist born Dana Owens executive produced four television series (“The Rap Game,” “The Pop Game,” “The Best Place to Be” and “Dear Mama: An Event to Honor Moms”).  And as an actress, Latifah starred in “Girls Trip,” “Empire,” “Star” and “Flint.”

Maxine Waters—Congresswoman Maxine Waters came up with the phrase of 2017 when she reclaimed her time.  The California legislator has continued to speak truth to power in 2017 by speaking out unapologetically against President Donald Trump and any politician who does not speak up for those without a voice.  Waters continued to make memorable anti-Trump sound bites throughout 2017 like “Take Trump out,” which meant impeach the 45th president of the United States and Trump is the “most dishonorable and despicable” president ever.  Auntie Maxine, we love you for speaking your mind at all times.

Issa Rae—Issa Rae is a genius and an example for anyone wanting to get into Hollywood.  Instead of waiting for Hollywood to come to her, Issa Rae created a web series that caught the eye of Hollywood and led to the hit HBO series, “Insecure.”  The series follows the life an awkward, modern day African-American woman.  The genius of Rae is that she simply creates roles that show African-American women as human beings trying to deal with the ups and downs that make life so difficult.

Janet Jackson—The year 2017 has been one of ups and downs for Ms. Jackson.  However, adversity is nothing new for the Gary, Ind. native as she continues to slay any opponent that comes her way.  Jackson dedicated much of her time to being a new mommy and having to deal with separation from her husband.  Nevertheless, none of that stopped her from shining on her “State of the World Tour.”  Along the way, she continued her family’s tradition of philanthropy by giving back to those affected by natural disasters in cities like Houston.

Halle Berry—This Academy Award winner (“Monster’s Ball”) appearing on a list of the most beautiful women has become so cliché over the last 25 years.  But who can argue when she is aging like a fine wine.  This year has been extremely successful for the Cleveland native with appearances in movies like “Kidnap,” “Kings” and “Kingsman: The Golden Circle.”

Amanda Seales—Amanda Seales of the HBO series “Insecure” is basically a renaissance woman.  The actress formerly known as Amanda Diva is a deejay, comedian, host and content creator.  The beauty is also a brain.  She possesses an undergraduate degree from SUNY-Purchase and master’s degree in African-American studies, with a concentration in hip-hop, from Columbia University.

Meghan Markle—Sure, everyone knows Queen Latifah is hip-hop royalty, but former actress Meghan Markle will soon be real British royalty thanks to her engagement to Prince Harry.  After announcing the royal engagement, Markle announced she was stepping away from her TV show “Suits” to take on a life of regal pageantry.  Before starring on “Suits,” Markle starred in films like “Get Him to the Greek” and “Horrible Bosses.”

Kenya Moore—Say what you want about the former Miss U.S.A., but no one can say that she is not gorgeous.  The “Real Housewives of Atlanta” star finally found love and got married recently to businessman and restaurant owner Marc Daly in July.  Further credits for Moore include “The Celebrity Apprentice,” “Trois” and “Sharknado: The 4th Awakens.”

Zendaya—With her sultry performance in Bruno Mars’ “Versace on the Floor” video, Zendaya showed that she is all grown up.  The 21-year-old actress, model and singer is another Hollywood renaissance woman.  Her debut self-titled album reached number 51 on the pop charts in 2013.  She has appeared on television shows like “Black-ish” and “Dancing with the Stars.”  In 2018, she is lending her voice to the films “Duck Duck Goose” and “Smallfoot.”

Rihanna—When a singer has a nickname like “Ri Ri,” you know they have arrived.  The singer has also arrived in Hollywood with starring movie roles in films like “Valerian and the City of a Thousand Planets.”  In 2018, she will strengthen her acting resume in “Ocean’s Eight.”  However, the beauty from Barbados has not strayed too far from music with hits like “Wild Thoughts” with D.J. Khaled and Bryson Tiller, “Lemon” with N.E.R.D and “Loyalty” with Kendrick Lamar.