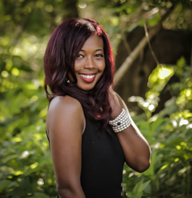 Honey, I am not happy with our love life.

Honey, I want to spouse swap.

Honey, are you crazy?

Honey, you can have whomever you want because I am out of here.

Many of the aforementioned discussions hit the spotlight with the new stage play from producer Renee Rivon, “Swinging Covenants” and those topics have hit the nerve of struggling couples everywhere as a result.

“(Attendees) are shocked at the topic, but very interested,” Rivon said. “People are eager to see how a man can ask his neighbor to swap wives. Those who have read the play, think it’s different from all of my other shows, which it is, and that it’s extremely edgy.”

The hilarious and zany play “Swinging Covenants” depicts a struggle that all real-life couples deal with at some point, what to do when the fire is gone from the relationship?

Do you tough it out with your spouse or do you look for satisfaction outside of the covenant of marriage?

“I think the best thing partners can do is ask each other about their wants, needs and fantasies,” Rivon said. “If one of their fantasies is to go to a strip club with the other you better be prepared to go. Not saying you have to do every crazy thing they ask, but trying new things should be an adventure for you both.”

Additionally, Brent thinks communication is the most important thing a couple can do to keep the spice in their love life.

“Either spouse won’t know what’s working or not without sharing,” Brent said. “Married couples should be able to openly talk about sex. For example, what may sound like pain to her may actually be pain. Or maybe he needs to see her face. Or maybe we need to slow down. Or maybe we can try this. Start with some healthy communication about how to serve each other sexually, and enjoy the practicing.”

In the play “Swinging Covenants,” Rose and Lewis tied the knot seven years ago.

The couple has no children, just themselves.

The couple also has no flame in their relationship.

The couple considers everything to breathe new energy into their love life.

What about spouse swapping?

When a dinner party with their newlywed neighbors goes wrong, they get more than just a swinging good time. They actually become swingers.

However, if God is not a part of the couple’s marriage, Brent said the couple could cheat all they want to because their relationship is just an agreement or contract and not a covenant.

A covenant is defined as an, “oath-bound promise whereby one party solemnly pledges to bless or serve another party in some specified way. Sometimes the keeping of the promise depends upon the meeting of certain conditions by the party to whom the promise is made. On other occasions the promise is made unilaterally and unconditionally. The covenant concept is a central, unifying theme of Scripture, establishing and defining God’s relationship to man in all ages.”

Although Brent and Rivon have not entered into the covenant of marriage, seeing their significant other in compromising positions with another person, even though it is onstage, was something they had to get accustomed to, professionally.

The fact that Brent and Rivon had to see their significant other in intimate scenes while they worked together on the same project, made it that much more difficult.

“It’s one thing to see Derrick in a show or on film, which I have before, kissing on another woman or being close, I was not bothered,” said Rivon. “However, to direct him in a love scene or a scene and I’m telling a girl to dance for him, or get close in his face, or direct their kiss, I don’t like it at all. Not that I feel insecure, by far. It’s just awkward. I feel like everybody is watching me to see how I’m going to react. I’m all of sudden in the hot seat.”

Brent has never been in a relationship with someone he has worked with before, but he loves the experience.

“I’ve never before been in a relationship with someone that I work with, and I love it,” he said. “It is the best new thing to know that there is more to share and do with the one you love.

“The same person that you laugh with the most, knows the most about you, is your best friend, who encourages you the most, who loves you greatest…that’s who you get to work with. You get to do the work you love with who you love.

“The only thing that I could say to help keep the balance would be communication. Openly communicate with each other, and support each other, however that looks and works for the two of you.”

To see what works for Rose, Lewis and their neighbors go to Eventbrite.com to purchase tickets for $20.

Portions of the proceeds will go to the organization, Youth Outdoor Unity.

Rivon has also opened her own acting studio, The Charmed School, which provides acting lessons for both children and adults.

As a playwright Rivon wrote “Cheaper to Keep Her” and “Marriage Material,” starring veteran actors like Vivica A. Fox, Brian McKnight and Allen Payne.