Review: Another Slave Film Notwithstanding, ‘The Retrieval’ Wins 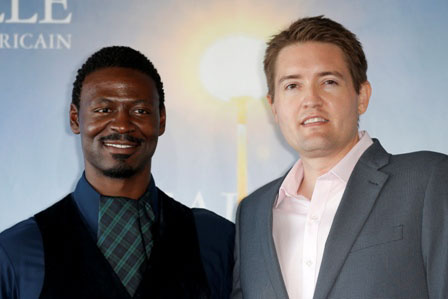 Every aspect of American slavery epitomized the term sinister.

However, one particular aspect of slavery is so sinister that it is usually not spoken of or portrayed on the big screen.

Films like “Django Unchained” touched on it, but others like “12 Years a Slave” seemed to avoid it altogether.  And that is the countless number of Black slaves who betrayed other slaves who looked just liked them in order to earn a few extra dollars or stay in the good graces of their master.

In the memoir “12 Years a Slave,” Solomon Northup spoke of a militant slave who organized a revolt amongst several Louisiana plantations.  When he had second thoughts, he snitched on his comrades, which resulted in the mass slaughter of many slaves even though the ringleader of the rebellion went unharmed.

In the new film “The Retrieval,” which is currently playing in Houston at Sundance Cinemas and opens in Austin, Texas on May 2, Marcus (Keston John) and his nephew Will (Ashton Sanders) are employed by bounty hunters to retrieve runaway slaves during the Civil War.

Often, Will plays the role of a runaway to earn the trust of White abolitionists and escaped slaves.  In one instance, a slave woman feeds a hungry Will, only to be betrayed in the morning by his affiliation with bounty hunters.

Will’s cunning nature makes bounty hunting an easy hustle for him, but throughout “The Retrieval” it is apparent that Will is not as heartless as Marcus.  He is only participating in the ultimate betrayal as a way of earning enough cash to find his father who had to leave him at an early age.

On the contrary, Marcus has no problem robbing dead soldiers for their valuables just to avoid living “hand to mouth.”

Despite the ease of capturing runaway slaves, Marcus and Will are given another, more dangerous assignment.  They have to capture a freedman named Nate (Tishaun Scott) under the ruse that his brother is dying in Leesville, Texas and wants to see him before he closes his eyes one last time.

Unlike the other African Americans who surrendered peacefully, Nate is a unique character.  He was born a slave, but was freed by a former mistress.  He currently works for the Federals digging ditches for dead soldiers during the Civil War.

He has tasted the sweet nectar of freedom and will not hesitate to take a life to protect the new life that he is enjoying.

Will and Marcus have to bring Nate back to the bounty hunters in his current condition, or they will face imminent death as punishment.

Although the slave movie boom in Hollywood has not sat well with many African Americans, films like “The Retrieval” and “12 Years a Slave” should be commended for portraying the intellect and humanity of slaves.

Although slaves were denied a formal education, God did not deny them common sense or a desire for a better existence.

When Will asks Nate what’s the difference between being a slave and digging ditches for the Federals, Nate asks Will did he have to ask permission to up and leave.

As Northup explained in his memoir, even if slaves were born into captivity, their condition did not squelch their desire to be free from oppression, whether on Earth or in Heaven.

And like “Django Unchained,” Nate represents the type of former slave that should be applauded in the Black community.  One who’s not afraid to fight his oppressors in a violent way, and one that has not allowed oppression to ruin his view on the humanity in all people, regardless of color.

Furthermore, “The Retrieval” shows how a village of slaves helped raise the next generation of African Americans when they were separated from their family.  Will forms an immediate bond with Nate and his ex-girlfriend Rachel (Christine Horn).

Like many slave films, however, “The Retrieval” does not fully capture the dialect of the slaves.  Maybe out of fear of criticism, the slaves do not talk like we are accustomed to hearing them talk from various slave narratives.  All of the characters talk like they were born free and never spent a day in captivity.

In addition, the final scene of “The Retrieval” ended much too soon.  It would have been great to let that final scene play out a little more.

The other only true drawback of the film is trying to determine which actor’s performance stood out as the most powerful.  Moviegoers will walk out of the theater knowing with 100 percent certainty that they will see these performers doing big things on the big screen again soon.

Despite the obvious sinister nature of slavery, it was good that director and writer Chris Eska, a Rice University graduate, ended the film in a way that shows that despite the evil that existed during that period of American history, many slaves still bonded together like family to endure a living hell on Earth.