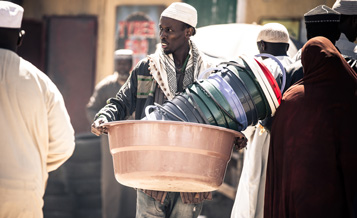 A New Thriller for a New Day

Radical terrorists have changed the nature of crime and mass killings.

No longer do we live in an era in which mass killings occurred at the hands of a psychopath killing many people at random over a stretch of time.

Now, because of suicide bombings and other evil tactics, the world is on high alert at all times.  Just look at the recent carnage in Brussels, Belgium.

Likewise, thrillers are now adapting to our new world of danger and fear.  And “Eye in the Sky” captures this reality brilliantly in an intense film about combatting terrorists while simultaneously trying to keep innocent people safe.

In “Eye in the Sky,” Colonel Katherine Powell (Helen Mirren) has several of Africa’s most wanted terrorists in her sight.

The British government wants an arrest and capture, but surveillance video shows that the terrorists are planning something catastrophic and a confrontation on the streets of Africa could lead to devastating results.

If they bomb the compound where the terrorists are hold up, the collateral damage could possibly kill and wound many innocent civilians.

However, if they let the terrorists leave the house the damage could be even greater.

To make matters worse, very few high-ranking British officials want to commit to any strategy because of the bad public relations that might result with either decision.

But as the minutes and hours tick, a decision has to be made regarding the terrorists.

Kill them and suffer collateral damage.

Arrest them on the street and suffer a massive shootout.

Or risk letting them slip through the cracks, which could lead to mass destruction and enormous fatalities.

“Eye in the Sky” is truly representative of 2016 and beyond.

The decision on whether someone lives or dies could lead to tears; sleepless nights and major indecisiveness for those trained and paid to make crucial decisions.

Mirren is totally understandable and unlikable at the same time, which means she does her job extremely well as to be expected by an Academy Award winner.

Young Aisha Takow who plays Alia is completely adorable and amazing in “Eye in the Sky.”

Aaron Paul (“Breaking Bad”) seems to be the only man with “onions” in “Eye in the Sky.”  His performance will break him out of the typecast-effect of his popular television series.

And Oscar nominated actor Barkhad Abdi breaks out of the “Captain Phillips” box with his positive role in “Eye in the Sky.”

In addition to the solid performances by the cast, “Eye in the Sky” accurately portrays the discrimination that females face in some Muslim countries like not being able to go to school or show their uncovered wrists.

Even playing with a hula-hoop is frowned upon for young Alia (Takow).

Also, filmmakers do a good job of educating moviegoers early on about the history of terrorist attacks by Al Shabaab in Somalia.

Furthermore, the technology that intelligence gatherers are able to use, like bird and bug looking cameras, is fascinating.

The technology to catch terrorists has changed.

The actions of terrorists have changed.

And luckily, the way films capture these changes has changed too.