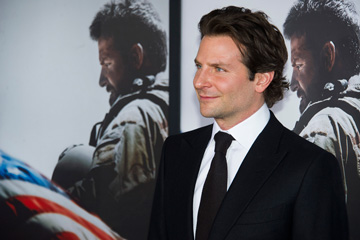 Whether or not Chris Kyle is a hero or a deadly assassin depends on perspective.

After Sept. 11, American patriotism was at an all time high, and to many Americans, some of the people of the Middle East were the clear enemies.

For those in the Middle East, American occupation of their land made Americans the enemy and some referred to the “American Sniper” as the “Devil of Ramadi.”

His initial ambition in life is to become a cowboy, but when he witnesses a terror attack on American targets in Tanzania and Kenya he immediately enlists as a Navy SEAL, despite his fear of water.

His ambition as a cowboy and gleaming belt buckles are not enough to satisfy him or his ex-girlfriend, but he finds himself and his future wife Taya (Sienna Miller) after his enlistment in the service.

Prior to the most important day of Chris’ life, his wedding day, America suffers its most infamous day when terrorists hijacked American planes, turning them into flying bombs, and unleashing their hatred on innocent civilians at the World Trade Center.

And on his wedding day, according to “American Sniper,” his team is called into its first tour of duty in the Middle East.

Chris, who always had a gift for shooting, is charged with protecting marines as they go door to door in Iraq searching for extremists.

He is famously or infamously remembered for over 160 kills while protecting American troops in the field battle, earning him the moniker “The Legend.”

While critics are quick to point out that “American Sniper” gives Kyle too much glory while ignoring the ingenuity of other officers and branches, Clint Eastwood’s adaptation of Kyle’s memoir does a great job of painting an intense, brutal and non-glamorous portrayal of our servicemen and the horrors they have to endure, regardless of whether their mission is righteous or unrighteous.

The carnage of war is shot with an authenticity that is frightening and gruesome.

Furthermore, Eastwood’s perspective on the final battle during a sandstorm was something of pure genius, visually.

Cooper is his usual stellar self, but Miller’s portrayal of Taya is so great that it is sometimes painful to watch as she deals with her pregnancy while listening to her husband fight for his life a world away.

Taya’s strength in dealing with the realities of being a wartime wife and mother is on par with any strength that Chris displayed.

In addition, screenwriter Jason Hall is somehow able to inject a little humor in “American Sniper” without coming across as inappropriate in such a serious flick.

An opening scene during SEALs training in which “D” (Corey Hardrict) describes himself as a “new Black person” is hilarious.  He states that new Blacks love to swim, run slow and jump low.

However, Cooper tries a little too hard to master that famous Texas drawl and accent.

As a Texan, it is easy to decipher whether someone is a true Texan or really a native of Philadelphia.

Nevertheless, “American Sniper” will go down as a legendary war flick.  Unfortunately, whether Kyle is a true legend or cold blood assassin depends on whose eyes one looks through.