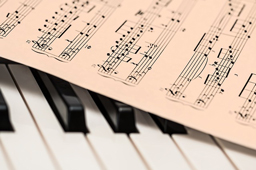 Aretha Franklin is one of the most accomplished singers, songwriters and pianists in the history of popular music.

“The Queen of Soul” Aretha Franklin did not get one of her initial wishes of having Academy Award winner Halle Berry portray her in a biopic.

But Franklin found another Academy Award winner, Jennifer Hudson to portray her in the highly anticipated biographical film on her life and career.

According to Variety, “MGM has acquired rights to develop an Aretha Franklin biopic and signed Jennifer Hudson to portray Franklin in the untitled project.

Franklin, a native of Detroit, came of age singing gospel on records and at her father the Rev. C.L. Franklin’s church (New Bethel Baptist Church), but rose to fame singing soul music.

Although Franklin grew up in the church, life on the road as a singer exposed her to adult situations and she became a mother at the age of 14. According to biography.com, a second child followed two years later.

Franklin took a brief break from the record business after the birth of her children, but returned as a secular singer.

The Queen of Soul was courted by record companies like her hometown Motown Records, but chose Columbia Records, releasing her album “Aretha” in 1961.

Despite scoring some R&B hits on Columbia, Franklin did not enjoy crossover success.

She soon moved to Atlantic Records where her career began enjoying pop success.

Her hits include the classics “Respect,” “Rock Steady,”  “Chain of Fools,” “Freeway of Love” and “Think.”

Nevertheless, Franklin never strayed too far from her gospel roots, releasing the critically acclaimed and commercially successful gospel album “Amazing Grace” in 1972, which sold two million copies, and delivering a soul stirring rendition of “Precious Lord” at the funeral of Martin Luther King, Jr., a close friend of her father, in 1968.

According to biography.com, Franklin became the first woman to earn induction into the Rock and Roll Hall of Fame in 1987.

Hudson has also experienced much success in Hollywood from music to movies.

She rose to fame as a contestant on “American Idol,” but became a star after her Oscar-winning performance as Effie White in the screen adaptation of the Broadway classic, “Dreamgirls.”

Hudson has also gone on to star in films like “Sex and the City” and “The Inevitable Defeat of Mister and Pete.”

The singer/actress won a Grammy Award for her first album in 2008.

Hudson also starred in the Broadway version of the iconic film, “The Color Purple.”