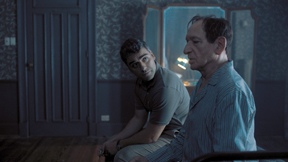 Hatred is nothing new.

Throughout history, people have faced persecution because of race, religion, gender, nationality and millions of other nonsensical reasons.

And throughout the history of Hollywood, filmmakers have tried to capture that ugly side of human nature with films on slavery, the Holocaust and the Civil Rights Movement.

In “Operation Finale,” director Christopher Weitz surgically reconstructs one of the most painful eras in human history by trying to correct the sins of the past, by holding the sinners accountable for all of their transgressions.

After Germany lost World War II to the militaries of the Unites States, Great Britain and the Soviet Union, the architects and masterminds of Adolf Hitler’s murderous and barbaric Nazi regime had to face punishment for their horrific crimes against the Jewish community.

Some Nazi leaders got captured and executed.

Some Nazi leaders like Hitler took the cowardly route by committing suicide.

And some Nazi leaders like Adolf Eichmann (Ben Kingsley, “Backstabbing for Beginners”) escaped to a comfortable life in Nazi-friendly Buenos Aires.

To distance himself from his Nazi past, Eichmann has taken on the surname Clement and has taken a regular nine-to-five as a foreman.

While people like Eichmann received the opportunity to forget the past and sleep comfortably at night with their family intact, people of Jewish descent like Peter Malkin (Oscar Isaac, “A Most Violent Year”) do not have that luxury.

In “Operation Finale,” people like Peter are haunted by the memory of family members who lost their lives during the Holocaust.

Remembering loved-ones is like a never-ending nightmare that becomes a daily reminder of the past no matter what he tries to do to avenge the actions of the Nazis.

Peter has a job in law enforcement finding ex-Nazi officers who have tried to take on a new identity and resumed life in other countries like Austria and Argentina.

Most Jewish officers want to capture ex-Nazi leaders and bring them to trial so they can legally be held accountable for their past atrocities.

However in “Operation Finale,” Peter and his crew seem to have itchy trigger fingers, preferring street justice as opposed to legal justice.

When Peter’s crew kills the wrong “Nazi” in Austria in 1954, he loses the cooperation of many of his biggest allies including his ex-girlfriend, Hanna (Melanie Laurent).

So in 1960 when government officials receive word that they may have spotted Eichmann in Argentina, it becomes difficult for Peter to receive the assignment of retrieving him and bringing him to Israel to stand trial.

Furthermore, it might be even more difficult to convince the most important element of their operation/team because of the complex relationships of some of the group members.

After the unnecessary violence associated with the botched arrest in Austria, Peter and his crew desperately want to legally arrest Eichmann and have him stand trial in a country run by Jewish leaders and officials.

“Operation Finale” is extremely painful, not just because of the horrors of the Holocaust.

Six million Jews slaughtered because of the their religion, or for any reason, might just be the most horrific thing ever to happen on planet Earth.

But what resonates more than anything about “Operation Finale” is that almost two decades after the Holocaust, the Nazis still had countless sympathizers, comrades and allies throughout the world.

Some of the rhetoric about the Jewish community, mirrors some of the comments made about immigrants in America and other so-called minority groups.

In “Operation Finale,” former Nazis and Nazi supporters say things like the Jews are taking over our country.

The Jews are causing our country to deteriorate.

Those same comments can be heard throughout the world in 2018, aimed at Hispanics, African-Americans, Africans and Muslims.

Furthermore, “Operation Finale” shows how ignorant people can be by thinking that race or religion is more important than character and love.

In “Operation Finale,” the relationship between Klaus (Joe Alwyn) and Sylvia (Haley Lu Richardson) is put to the test after both initially try to be something that they are not.

From top to bottom, “Operation Finale” contains brilliant performances by all of the actors and actresses.

The pain and heartache of the Jewish characters that are trying to forgive and forget is magnificent.

And the evil of the former Nazis is hard to accept and digest because of the fact that the world has still not figured out how to overcome hatred and divisiveness.

Isaac is on the verge of receiving an Academy Award nomination.

Maybe not for “Operation Finale,” but he has the acting chops to become one of the best actors in the industry.

While Isaac definitely delivers in “Operation Finale,” the true star of the picture has to be the veteran actor, Kingsley.

His performance as Eichmann is so manipulative and evil that moviegoers will wish that Peter and his team would just shoot him down like a dog or gas him like he and his comrades did to those six million innocent victims of the Holocaust.

However, the graphics utilized in “Operation Finale” to symbolize where Peter’s missions to arrest Nazi leaders took him across the globe seem a little cheesy and lame.

In the classic Ray Charles biopic “Ray,” filmmaker Taylor Hackford showed moving pictures of the late singer as he traveled across the globe with the name of the city popping up in the lower third of the screen.

That approach to the travel sequence would have looked better versus what they used in “Operation Finale.”

Nevertheless, “Operation Finale” enjoys the feat of being a near flawless film.

It might not have quite the emotional pull of a Holocaust film like “The Boy in the Striped Pajamas,” but it has to be in the top five films dealing with the horrors of the Holocaust.

The top spot has to go to “Schindler’s List.”

And the most memorable story dealing with the Holocaust has to go to “The Diary of Anne Frank.”

However, that is no slight to “Operation Finale.”

What resonates the most with “Operation Finale” is the depiction of how hate, bigotry and prejudice is passed down from generation and how people are willing to self-destruct and destroy others just to maintain their hatred.