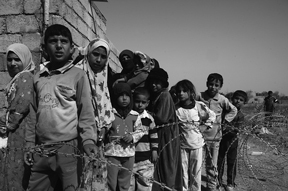 The dream of many young people revolves around making a difference in the world and making this imperfect world a little better for the next generation.

Many get into politics.

Many get into law enforcement.

Many get into the ministry.

And many join the military.

Unfortunately, what many discover is that no matter how idealistic one is, realism is often more powerful than wishful thinking.

However, “Backstabbing for Beginners” shows that idealism can become realism if the right idealist does the right thing.

In “Backstabbing for Beginners,” Michael (Theo James) is that idealistic lobbyist who always wanted to make a difference in society as a whole and specifically for his country.

Although working as a political lobbyist pays the bills, Michael’s dream has always been to work for the United Nations (U.N.) like his father.

Even his sister and brother-and-law work for the U.N., but his dream job always seems to elude him for some reason.

Michael applies four times for a U.N. job, and four times’ a charm as Joshua (Bokeem Woodbine) told his brother Jason (Allen Payne) in the 1994 Houston-based film “Jason’s Lyric,” because he finally gets a position working with Pasha (Ben Kingsley), who knew Michael’s father very well decades ago.

Michael’s job is to brief Pasha on the oil for food program in Iraq, and Michael does so admirably, detailing the flaws he sees in the program as well as the benefits of the aid program.

The oil for food program became the biggest humanitarian program in U.N. history, but it also managed to become one of the most corrupt programs in history.

In the oil for food program, the U.N. wanted to make sure former Iraqi president Saddam Hussein could not develop weapons of mass destruction and would not mass murder the Iraqi people who disobeyed him.

The U.N. set up sanctions against Iraq and took over the oil supplies within the country.

The U.N. would sell Iraqi oil at market value and use the money to buy food to feed struggling Iraqis, many who dealt with starvation because of Hussein’s oppressive regime.

However, Hussein was able to make billions of dollars by taking bribes from oil companies and giving them vouchers to benefit from Iraq’s oil supplies.

Unfortunately, no matter how well intentioned something initially is, success and big money tends to corrupt even the noblest causes as was the case with the oil for food program in Iraq, which is depicted in the film “Backstabbing for Beginners.”

The dilemma for Michael is does he try to find out the cause of the corruption, or does he simply keep quiet and keep his dream job, which might ultimately corrupt him and endanger the people closest to him?

Keeping quiet would go against everything he stands for and against his rationale for joining the U.N.

However, turning into a whistleblower does not guarantee anything for Michael.

He might not be powerful enough to overthrow or bring down the leaders of the oil for food program.

Furthermore, blowing the whistle might just lead to him losing his dream job or losing more than that.

The backstabbing within the oil for food for program is so severe that it is often impossible for Michael to discern who is trustworthy and who is untrustworthy.

Can he trust Pasha to do the right thing to straighten out the oil for food program?

Nashim is a beautiful Kurdish diplomat working with the U.N.

But is she really doing what is best for the oppressed people of Iraq or is she just a spy that is preying on Michael’s naiveté?

People with more experience can often look into someone’s eyes to see if they are trustworthy.

But someone young and inexperienced can be easily exploited; especially those who want to see the best in others and not the God’s honest truth about backstabbing people.

Discerning good people from bad people in business is even harder when you actually develop feelings and start liking someone on a personal level.

Making business personal can sometimes lead to a loss on a personal level and could affect how someone performs in the workplace.

And with a work scandal as big as the crooked oil for food program, anyone associated with Michael can be in danger if he indeed blows the whistle on the corrupt international program.

James does a good job as Michael.

He possesses the right amount of innocence and intelligence to portray a believable inexperienced U.N. diplomat.

Kingsley is cerebral and stoic in his performance as Pasha, Michael’s superior at the U.N.

His experience versus Michael’s inexperience is noticeable.

Michael seems disturbed with the amount of dysfunction present at the top levels of international government relations.

However, Pasha seems unmoved by the evil around him, only interested in doing enough to keep the program going despite enemies within the U.N. who want to shut the oil for food program down because of the corruption.

Bilgin possesses the right amount of intelligence and exotic attractiveness as Nashim to seduce a young Michael into believing anything she says, whether true or not.

But falling in love with Nashim makes Michael that much more vulnerable to manipulation in more ways than one.

Furthermore, the Iraqi people pose a threat to the foreign diplomats occupying their homeland.

With so many backstabbers in one Iraqi town, “Backstabbing for Beginners” has the potential for an explosive conclusion.

Despite many young and older people being able to relate to the treacherous and backstabbing world that exists in the workplace, “Backstabbing for Beginners” is just an above average film.

There is more action in this film than other movies about foreign diplomacy, but not enough to make one want to watch it over and over.

“Backstabbing for Beginners” is a good educational film for those who are not abreast on foreign relations or who were too young to really remember the Iraq War in the early 2000s.

However, it is still a much-needed film for young idealistic people with dreams of turning a crooked world straight.