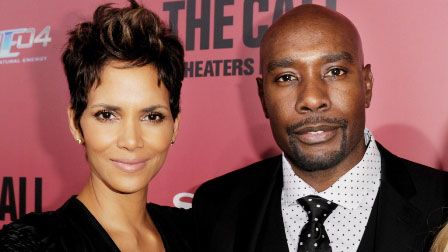 Halle Berry and Morris Chestnut star as a heroic couple in The Call (Photo courtesy of variety.com).

Desensitization proves crucial for emergency responders.  Death and despair becomes commonplace for the heroes and heroines whose job it is to save and preserve life.

However, when a first responder’s mistake proves fatal, it becomes almost impossible to separate emotions from just doing a job.

She educates new employees on surviving “the hardest job” they will ever have and she takes pride in saving lives, like her police officer boyfriend Paul Phillips (Chestnut) as well as her officer father before them.

However, like her father she becomes haunted with the lives she “allows” to slip away, whether it is through her own fault or just the consequences of a negative situation.

Jordan finds it difficult to cope on the stressful job because of guilt after she believes she is responsible for a horrific death, but when a psychotic killer Michael Foster (Michael Eklund) kidnaps Casey Welson (Abigail Breslin) from a downtown mall parking garage, Jordan refuses to let Casey become a casualty like her last emergency call.

What ensues is heart-racing suspense.  Moviegoers get to see the brilliance that some emergency responders have and how they make it possible for potential tragedies to be avoided.

The audience can feel the despair as Casey struggles to escape her captor and fights to escape an almost certain traffic and untimely death.

The Call film succeeds by going in depth into the relationship between victims and emergency responders like Jordan.  The movie shows how emotional those emergencies can be and how difficult it is for 911 operators to separate their emotions from their daily responsibilities.

Although The Call film suffers from a simplistic script, and a bad wig worn by Berry (sorry Halle), it works because it makes the plot personable.  The suspense will have moviegoers on the edge of their seat.  And they will cheer for Casey and all of the brave men and women that are trying to keep her alive.

In addition, filmmakers could have also dealt more with Michael’s family and how one can live under the same roof as a serial killer and still be unaware of their true personality.

Furthermore, as The Call film ends, it leaves moviegoers in even more suspense as to what the final outcomes of the characters are.

Regardless, The Call film is a good ride, literally, with decent acting from Berry, Chestnut and Breslin.  If emergency responders become desensitized to crisis, the film definitely does not allow moviegoers to feel desensitized to the desperation that Casey feels.

Moviegoers will feel all of the emotions that Casey and Jordan experience and better appreciate the heroic efforts that protect us on a daily basis.