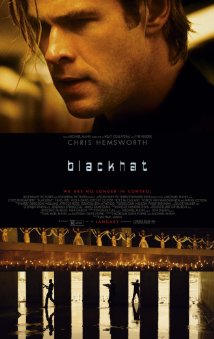 The movie “Blackhat” starring Chris Hemsworth, known for his reprising role in “Thor,” is in theaters today.

Although the movie description is, “A furloughed convict, (played by Hemsworth) joins forces with American and Chinese partners to track down a high-level, international cybercrime network” it plays out more like a convict who is supposed to be a computer genius a.k.a. action hero a.k.a. prison inmate who’s an expert in shanking people!

Unfortunately, the movie did not flow and was all over the place just like the characters that flew all over the continent trying to catch a “cybercriminal” who has caused havoc in China with a core meltdown and the United States stock market plunge all by hacking into their “protected servers” using malware.

Even powerhouse “How to Get Away With Murder” star Viola Davis, who plays lead FBI agent Carol Barrett could not save this movie as her role was underwhelming and acting prowess underutilized.

Although Hemsworth is cast as the lead character, he’s upstaged by the supporting American born Taiwanese actor/musician Leehom Wang who plays Chinese officer Chen Dawai, a computer genius in his own right who co-wrote the program with Hemsworth’s character being used by the cybercriminal.

Wang is known for “Lust, Caution,” a Chinese film based during the World War II era about a young woman, Wang Jiazhi played by Wei Tang, who gets swept up in a dangerous game of emotional intrigue with a powerful political figure, Mr. Yee.

Wei Tang is also cast in a supporting role as Wang’s sister, a financial wizard and Hemsworth’s love interest that aids in the investigation to track down the “Blackhat.”

The “Blackhat” is played by Netherland actor Yorick van Wageningen, known for “The Girl with the Dragon Tattoo” and “The Chronicles of Riddick” and is rarely shown in “Blackhat” until the very end.

During the movie, van Wageningen’s character does not match the definition of a “Blackhat,” a person who hacks into a computer network with malicious or criminal intent, but instead comes off as a heartless international crime lord who gives orders to kill anyone who gets in the way of pulling off his plan of crippling the international banking network.

“Blackhat” should definitely be nominated for a Razzie, an award that Hollywood gives to the worst made movies during the year.

While only a couple of weeks into 2015, film producer/director Michael Mann has given them an early nomination!

Despite the movie being a disappointment, thumbs up to Mann for having an international diverse cast.

However, the combination of stars did not translate the storyline well on the big screen.

In the end, “Blackhat” will leave audiences confused and displeased as the main characters walk out of the airport with no repercussions or accolades for their actions.

This is one of the worst movies to be released since “Cloverfield” in 2008 about monsters attacking and taking over New York seen from the point of view of a group of friends.