Broken City Does Not Need Much Fixing 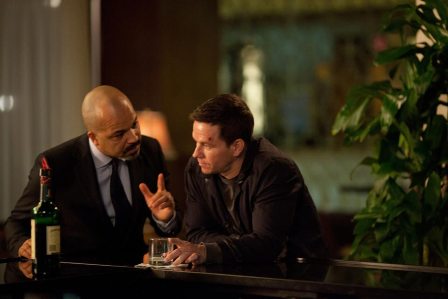 But what if that person has so much power that they are corrupting the community, and the lives of so many more would be ruined if you do not expose them for the crook that they are?

In Broken City, Billy Taggart (Mark Wahlberg) is one of New York’s finest, but one who finds himself on the wrong side of the law after he kills a teenager in the “line of duty.”

The residents of the city want his head on a platter for the killing of the teenager, but many on the police force, including Billy, have no sympathy for the victim because he was an accused rapist and murderer who was exonerated on a legal technicality.

After it appears that Billy will easily be acquitted, a witness surfaces with a tape that shows Billy is not a police officer who was forced to kill a suspect, but a rogue officer intent on settling a score with the man that murdered his girlfriend’s sister.

Billy is acquitted of the murder charge, but is removed from the police force, and chooses to open a fledgling private investigation company.  Hostetler informs Billy of the favor he extended to him, but warns him that the favor is not free.

During a tight reelection campaign against Jack Valliant (Barry Pepper), Hostetler believes his wife Cathleen (Catherine Zeta-Jones) is having an affair and he hires Billy as his private investigator to find proof of his wife’s adulterous ways.

What Billy discovers about politics in this Broken City is that everything is not how it appears and those that seem most trustworthy are the same people that should be trusted least.

Broken City director Allen Hughes (Menace II Society) and writer Brian Tucker do a masterful job of combining suspense and action with the realities of our corrupt political system.

Nothing is what it seems, and the filmmakers do an exquisite job of not letting Broken City become predictable or formulaic.  Characters that seem trustworthy are not, and a simple affair becomes complicated.

The filmmakers also did a splendid job of casting Broken City.

Wahlberg plays a killer that one can sympathize with.  Zeta-Jones represents the complexity that is a scorned wife living in the public eye.  And Pepper plays the frustrated politician, who has the city’s best interest at heart, but does not possess the callous heart needed to play big boy politics.

If there is one valid complaint about Broken City, it is that the filmmakers do not spend enough time highlighting the residents of Bolton Village, poor people that will be adversely affected by a certain outcome in the mayoral election.

Hughes and Tucker do a marvelous job highlighting the corruption of big boy politics, but do not highlight how big boy politics negatively affect the “little boys” who are only unwilling spectators in the game of government.

Nevertheless, Broken City shows that Hughes has long since graduated from urban tales

of his screenplays.  And the actors simply proved why they are the stars that they are in the land