Arbitrage Movie Fails to Live Up to Potential 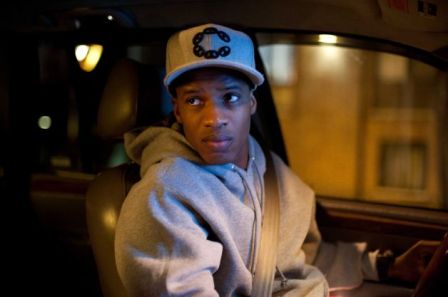 What Could Have Been

The Arbitrage movie has all of the elements needed to make a successful film such as infidelity, greed, fraud and violence, however, those elements never add up to form a complete compound.

Robert Miller (Richard Gere) represents the American dream.  He drives a Maybach Mercedes Benz, has a beautiful family and a loving wife devoted to giving back to those less fortunate.  He runs a “successful” financial trading firm, with companies interested in purchasing the firm, which would allow him to retire and spend more time with his family.

However, like many hedge fund magnates, all that glitters does not amount to gold and Robert’s façade stands the chance of crashing in like cheap glass if his true life comes to the light.

Robert cannot curtail his lust or his affair with beautiful French artist Julie, played by Laetitia Costa, and when she dies in a tragic car accident with her lover at the wheel, the reality of Robert’s mistakes come crashing in on him.

He calls on Jimmy Grant, played by Nate Parker of Red Tails, to get him out of the fix that he created, but Jimmy’s involvement only complicates Robert’s life as well as his young accomplice.

To make matters worse, Robert has to convince a company to buy Miller Capital, despite not having any real money on the books because of bad investments.  Robert faces approximately 20 years in prison for his misdeeds and Jimmy faces 10 years because of his prior rap sheet.

Robert begins a cover up that involves alienating friends and family members, and it puts their livelihood on the line because of his imperfections.  His actions force everyone to choose between traveling down the right road or traveling down the road of lies and deception.

Gere’s acting prowess will not encourage moviegoers to hate him, but they will still like to see karma win out.

Unfortunately, the filmmakers behind the Arbitrage movie do not capitalize on its potential, and sandwich the entertaining drama between a beginning that drags and an ending that deserves a more climactic conclusion.

That in it of itself eventually becomes its downfall.  It has a supporting cast full of talented actors like Parker and Susan Sarandon, but not enough substance in the script to get it to where it needs to go.

However, the Arbitrage movie effectively shows how much influence comes with power and money, and how vulnerable freedom can become for those who do not have either.

For most ordinary people, the transgressions committed by Robert would have definitely become their undoing.

But because of influence, covering up his sins and avoiding punishment becomes simple.  As a result of not having the same influence, characters like Jimmy suffer from the harsh realities of an unjust system, both in the legal system and America’s unofficial caste system.

And unfortunately, the Arbitrage movie suffers from the harsh realities that it does not realize its full potential, which will make moviegoers wonder what could have been.