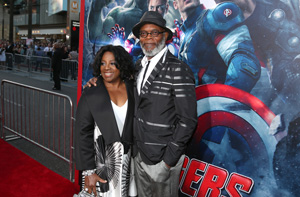 The fascination with artificial intelligence has experienced great popularity in 2015 with films like “Ex Machina” and now “Avengers: Age of Ultron.”

The ability to create robots or robots that look like human beings that think and act for themselves is the Holy Grail for mad scientists everywhere.

However, as we experience chaos in a world controlled by “sane” human beings, just how much more chaotic will the world become if we turn over power to machines that we cannot control?

Strucker is willing to surrender to the Avengers and allow them to take the scepter because he is afraid that they might discover his true mission.

Sure, Strucker has manipulated his people with human enhancement like his brainwashing of Quicksilver (Aaron Taylor-Johnson) and his sister Scarlet Witch (Elizabeth Olsen).

But, his ultimate plan is to create Ultron, a robot with artificial intelligence that can multiply and protect the world.

Unfortunately, Ultron is not a fan of the human race because humans have not evolved, and he believes that it is time to exterminate them from the planet and for him to take over.

Captain America has his own sidekick Jarvis (Paul Bettany) to handle any challenges posed when he steals the scepter and discovers the artificial intelligence capabilities of Ultron.

But when Ultron somehow defeats and manipulates Jarvis, the whole world is endanger of extinction and the Avengers, along with some unlikely allies, are the only line of defense to prevent total annihilation.

“Avengers: Age of Ultron” is a marvelous film with all the prerequisites required to create an action film classic.

The dialogue is great especially from Thor, who has yet to assimilate to Earthly culture.  Moviegoers will “revel” in his primitive vernacular.

The rest of the script is funny when it needs to be and serious and intense when need be as well.

Action scenes in “Avengers: Age of Ultron” is literally in one’s face putting the audience in the middle of the drama.

The all-star cast in “Avengers: Age of Ultron,” which includes Samuel L. Jackson (Nick Fury), Don Cheadle (War Machine), Idris Elba (Heimdall) and Anthony Mackie (The Falcon) should be illegal because too much talent in one film should be outlawed.

“Avengers: Age of Ultron” can only be criticized for the jargon.  Some newcomers to the franchise might not know about artificial intelligence or Tony Stark’s partying ways.

Nevertheless, Hollywood’s fascination with the summer blockbuster definitely should not subside because of “Avengers: Age of Ultron.”

The film directed and written by Joss Whedon will only enhance the popularity of the blockbuster franchise and prove the worth of converting comic books and the characters into real life characters on a 3D screen.

With movies like “Captain America: Civil War” starring Evans and “Batman vs. Superman: Dawn of Justice” starring Ben Affleck on the horizon, the superhero will be super popular for many years to come.