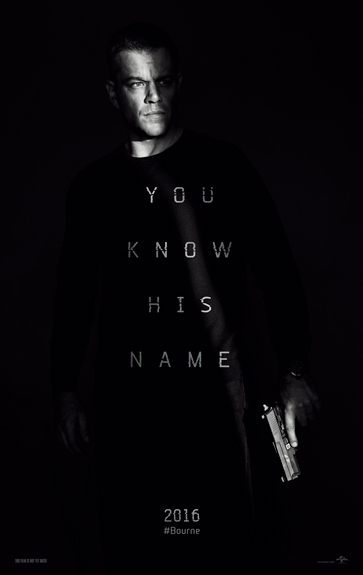 In the fifth installment of the “Bourne” series, Matt Damon returns to his role as Jason Bourne, a former CIA assassin suffering from amnesia and searching for information about his past.

Bourne has been off the grid for several years after the conclusion of “The Bourne Ultimatum.”

Unexpectedly, he resurfaces during a time in which the world is battling between Internet security and public safety.

Nicky Parsons, a former colleague of Bourne played by Julia Stiles, finds him in Greece at an underground fight club where Bourne dominates like the cold-blooded killer he is.

She informs him that the new CIA director Robert Dewey (Tommy Lee Jones) is teaming up with social media mogul/tech kingpin Aaron Kalloor (Riz Ahmed) to form a nationwide security platform capable of finding anyone and anything.

Bourne is slowly regaining his memory through flashbacks of scenes from the previous films.

His father’s death is at the forefront of these memories but Bourne is convinced that he was killed during a terrorist attack; the whole reason he decided to join the CIA’s secret missions in the first place.

As Bourne circles the globe – Greece, Germany, London, and Las Vegas – he is being carefully watched by the dynamic Heather Lee (Alicia Vikander) and a trained assassin known only to the audience as the Asset (Vincent Cassel) who has a personal vendetta against Bourne.

In “Jason Bourne,” the insane car chases down the Vegas strip and shaky, hand-held camera work coupled with the lack of cheesy CGI special effects make for an earth-shattering example of how a spy movie should be.

Along with the explosive cinematography, “Jason Bourne” keeps the audience guessing throughout.

Bourne is faced with an internal conflict similar to the one society is facing around him.

Does he go after the man who killed his father in an act of vengeance or does he return to the CIA as an asset?

This back-and-forth dilemma is a real nail-biter that hooks any avid Bourne fan instantly.

“Jason Bourne” should be highly recommend for anyone who is a fan of Damon and the “Bourne” series and should be seen ASAP.

If you haven’t had the chance to watch its predecessors, “Jason Bourne” does an excellent job catching viewers up on the situation of everyone’s favorite spy.

Any avid action fan will appreciate the high-octane chase scenes and gunfights and will leave the theater feeling like a CIA operative themselves.