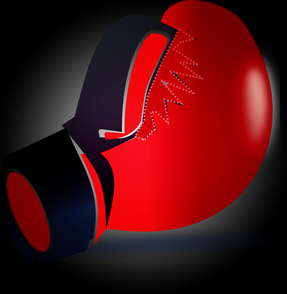 Give the White Guy a Break

Trust me, you know whom boxer Chuck Wepner is.

Even if you do not actually know who Wepner is, you know whom Sylvester Stallone’s famous character Rocky Balboa is.

If you do not know Wepner or Rocky, you most certainly know a Chuck Wepner in your life, a talented person who has been blessed with a great opportunity only to self-destruct and sabotage their big break.

The boxing biopic “Chuck,” is the tale of opportunities wasted and coping with that reality.  And the brilliantly Phillipe Falardeau-directed film will resonate with boxing fans and non-boxing fans alike.

In the film “Chuck,” Wepner (Liev Schreiber) is a New Jersey boxing legend known to his chagrin as “The Bayonne Bleeder.”

Wepner gets that dubious nickname because of his ability to take a punch and his propensity for releasing large amounts of his own blood in the process.

However, while other boxing biopics like “Ali” and “Hands of Stone” show the glamorous side of pugilism, “Chuck” is the every man boxer, struggling to pay bills, raise his daughter and make a name for himself.

Chuck is the heavyweight champion of New Jersey and has climbed into the top 10 in the world.

That top 10 status has earned him a shot at the heavyweight championship against George Foreman.

There is only one huge problem with his proposed fight with Foreman.

Unfortunately for Foreman and Wepner, Muhammad Ali knocks out Big George to regain the heavyweight championship of the world in Kinshasa, Zaire in 1974.

Chuck’s luck changes, however, when his manager Al Braverman (Ron Pearlman) presents him with the opportunity to fight for the title against Ali in Cleveland.

Boxing promoter Don King is looking for a White guy to fight Ali.

Since Wepner is the only White heavyweight in the top 10, the opportunity comes his way.

King wants to make the Ali-Wepner bout a fight between the races and he christens the fight with the moniker, “Give the White a Guy a Break.”

Wepner takes advantage of his big break, almost going the distance with the champ and inspiring Stallone to write and star in the 1976 classic film, “Rocky.”

However, Wepner’s 15 minutes of fame are challenging and he eventually squanders a golden opportunity at stardom.

The film “Chuck” is a fascinating cautionary tale of how success can become more difficult to manage than struggle and failure.

Wepner’s life is pretty secure before his shot at the heavyweight championship belt, but falls apart as soon as fame and prosperity enter the picture.

The visuals of the film “Chuck” scream the 1970s.  The HD quality is gone and that good ole analogue feel is back in full effect.

Falardeau injects actual footage of Ali, Foreman, Howard Cosell, Joe Louis and the godfather of soul James Brown in a way that does not seem out of place with the actors playing those famous roles like Pooch Hall as Ali.

Hall (BET’s “The Game”) is a good actor, but playing the charismatic icon is difficult for anyone not named Will Smith.

Unfortunately for Hall, he does not look convincing as a boxer when he is in the ring in his trunks.

In all fairness to Hall, it is easier for the aforementioned actors to play their roles more convincingly than him because their characters are not as well-known as the outspoken, “Louisville Lip.”

But the story of lost opportunity is still well known long after Wepner stood toe-to-toe with the greatest of all time.

Unfortunately, we have seen it in the likes of professional athletes like Johnny Manziel, Josh Gordon and the late Len Bias.

Sometimes, opportunities only come once in a lifetime.

It is what you do with that opportunity that counts.