What Should Future Hold For ‘Fast and Furious’ Franchise? 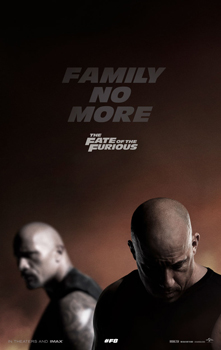 The eighth installment of the “Fast and Furious” franchise entitled “The Fate of the Furious” hits theaters April 14.

Where Does “Fast and Furious” Franchise Go From Here?

Who could blame the studio when the films continue to break records and make movie stars out of the actors?

“Furious 7” cost $190 million to produce and grossed over $350 million in the United States alone, according to imdb.com.

“The Fate of the Furious” writer Chris Morgan has stated that the upcoming eighth installment of the “Fast and Furious” franchise will mark the beginning of a new trilogy for the series.

The question is what storylines should filmmakers revisit in the next few “Fast and Furious” films to add clarity to what happened to some of the most intriguing characters to appear in the first eight films?

If people like Morgan, F. Gary Gray and Justin Lin are reading this article, RegalMag.com has five suggestions for them to consider for the future of the furious.