If ‘Coming to America 2’ Happens, What Should Be Storyline? 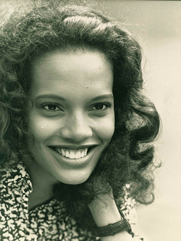 Coming Back to America?

After “Coming to America,” did Jackson Heights’ own Randy Watson (Eddie Murphy) continue his monumental singing career or did he parlay that acting gig on “That’s My Mama” into box office movie fame?

Did Soul Glo go out of business after the Jeri curl lost favor or did they reposition the entire business to focus on weaves and natural hair care products?

Inquiring minds have always wanted to know, and fans of the movie “Coming to America” might get those answers shortly because TMZ reported that Eddie Murphy is allegedly working on a script for a “Coming to America 2.”

A Twitter post with a reference to “Coming to America 2” recently appeared on Murphy’s verified Twitter account but was quickly taken down.  However, according to HipHopWired.com, Murphy’s daughter has debunked any chance of a sequel to the comedy classic.

Nevertheless, if there is a “Coming to America 2” hitting the big screen soon, what should be the storyline?

After all Prince Akeem (Murphy) did find his brilliant and beautiful princess in Lisa (Shari Headley) in the original.

So what would the prince and princess of the fictional African country Zamunda be returning to America for?

RegalMag.com asked fans to give their suggestions for the “Coming to America 2” storyline.

“I believe all of the characters should return,” said RegalMag.com movie critic Bridgett S. Joe.  “However, they would have to write into the script his mother passing (because actress Madge Sinclair is really deceased).  Maybe that could be the plot, he lost his vigor for life since his mom passed and he goes on an adventure with his son to find his purpose living again.”

While many believe that Prince Akeem should have a son in “Coming to America 2,” fans disagree on who should play the part of the younger prince.

Joe believes it should be actor/comedian Jermaine Fowler from the sitcom “Superior Donuts” or comedian Jerrod Carmichael from “The Carmichael Show.”

Christopher Walls of Allen, Texas believes “Coming to America 2” should begin in Zamunda with Akeem and Lisa.

Walls agrees with Joe that Akeem’s mother Queen Aoleon’s death should be included.  But he thinks the sequel should focus on Akeem and Lisa’s son’s failure to launch as an adult and that Woody McClain from “The New Edition Story” should play the young prince.

Regardless of who plays Prince Akeem’s potential son, “Coming to America” co-star Arsenio Hall shot down the suggestion that megastar Kevin Hart would play the character in 2015.

When a fan asked Hall in 2015 if Hart would join the crew for a sequel, he stated the rumors were, “Fake.  Funny but fake.”

“I would love to see it starting off in Zamunda and then transitioning to America just like the original,” said James Vernon, Jr. of Baton Rouge, La.  “This time having everyone from Zamunda come to America for a family reunion and then have all the originals make appearances.”

Even if “Coming to America 2” actually comes to fruition, it will be difficult topping the original.

The 1988 film was so uniquely 1980s and New York, and the satire based on that time period is what made it special.

The Jeri curls of the 1980s were unique to the film.

Early hip-hop was unique to the film.

If “Coming to America 2” ever hits the big screen, it will have to perfectly capture the nuances of the 21st century in a satirical way to impress true fans of the original.