‘The Hobbit: The Desolation of Smaug’ Lasts Long, Goes Nowhere 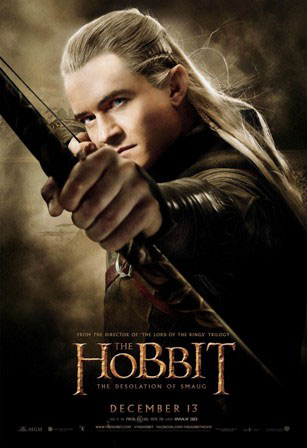 However, like Miley Cyrus making “twerking” a part of popular culture, when something is done too much, artists are often unable to separate themselves from the pack.

Action adventure film “The Hobbit: The Desolation of Smaug” falls into the category of too much of a good thing.  And instead of blazing a new trail it simply follows in the trail of its predecessors.

“The Hobbit: The Desolation of Smaug” follows the story of a clan of dwarves who are intent on reclaiming their mountain land from the dragon Smaug (voiceover by Benedict Cumberbatch).

While on their journey, they have to fight off elves, orcs, humans, talking spiders and a talking, fire-breathing dragon to boot.

Most of the other species hate the dwarves, complicating the matter even more and making it more difficult for them to reach their destination.

“The Hobbit: The Desolation of Smaug” does actually benefit from its special effects.  The New Zealand landscape is breathtaking, and initially the 3-D effects are so vivid that they make you feel like you are actually running in the rain and mud with the dwarves.

However, those splendid performances are not enough to lift “The Hobbit: The Desolation of Smaug” out of mediocrity.

The film seems to drag on endlessly and needlessly.  And many scenes from the film are predictable.

Although the film benefits from great fighting scenes, some of those scenes are very predictable as well.

Despite a good job of directing by Jackson, making an epic trilogy out of one novel leaves very little material to keep audiences engaged for that many hours.

True “Hobbit” fans will find enjoyment in the sequel, but casual fans will find that it pales in comparison to franchises like “The Lord of the Rings.”

Furthermore, the second film begins where the last film leaves off, so a refresher may be needed.

The film would have truly risen above mediocrity if the filmmakers would have given more attention to the romantic subplot between the she-elf Tauriel and her dwarf admirer.  Tauriel is devastatingly torn between her loyalty to the other elves, Legolas, and her affection for the dwarf.

The showdown between Bilbo (Martin Freeman) and Smaug is the highlight of the action, but the film would have better served if it had reached its climax much sooner.