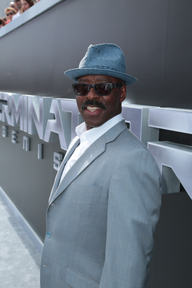 Technology can result in some great things.

However, technology can result in negative consequences as well.

In the real world, advances in technology have led to identity theft, child trafficking and cyber-bullying.

And in “Terminator Genisys,” technology has the ability to lead to destruction and the subjugation of all mankind.

In “Terminator Genisys,” people have created an automated missile defense system to protect the Earth and its inhabitants.

However, when that technology decides to go against the orders of its creators and rewrite the rulebook, all human beings are in danger of expulsion and extinction.

Yes, Hollywood is still very weird, but in 2029 it is destructively weird.

John Connor (Jason Clarke) and Kyle Reese (Jai Courtney) have decided it is time for humans to unite and fight their captors or risk annihilation.

They successfully defeat the robots that have enslaved them.

However, the only thing that will save mankind is destroying Sky Net.

Despite their defeat of the robots, their opponents make off with Sky Net before it is captured.

Then robots are able to return to 1984 in hopes of killing John’s mother Sarah Connor (Emilia Clarke) before she can conceive John, who is the only threat to the robots and their evil plans.

Sending Kyle Reese back to 1984 to protect Sarah Connor is the only way conceivable to ensure that John is eventually born so he can save all mankind in the future.

However, 1984 is not as crucial a year as they had imagined and the real threat to mankind begins in 2017, with computer technology designed by Danny Dyson (Dayo Okeniyi) and Miles Dyson (Courtney B. Vance).

“Terminator Genisys” is a mix between “Back to the Future,” its “Terminator” predecessors and all other films with apocalyptic fears.

The graphics and action scenes in “Terminator Genisys” are superb as expected and seeing Arnold Schwarzenegger revive his classic role, as the Guardian, is a welcome sight on the big screen.

The chase scenes are fantastic and Schwarzenegger is theoretically (as he likes to say in “Terminator Genisys”) good now that he is back in his comfort zone in blockbuster films.

Furthermore, the finished product is theoretically pretty decent, but it is nothing special or that spectacular.

There is nothing refreshingly original about the plot and the performances by the actors are good, but nothing out of the ordinary.

However, moviegoers will know how the story ends from the beginning of the film.

Nevertheless, the 3-D technology is great in the latest installment of the “Terminator” franchise.

Sometimes Hollywood has a tendency to overuse the great technological advancements at their disposal.

Often, all one is left with is a memory of the great visual graphics.

“Terminator Genisys” does leave one walking away impressed with the technology, but it is not enough to take the film from theoretically good to actually good.