Will Packer Responds to Sexist Label for ‘Think’ Franchise 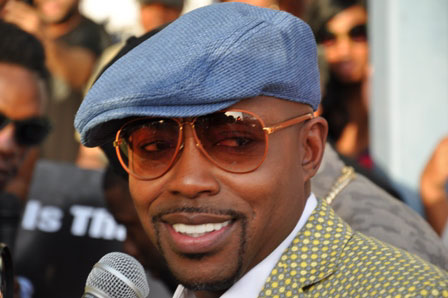 Will Packer appears in Houston for “Think Like a Man Too” premiere (Photo Credit: Regal Media Group/Tim Wells).

Women and Men Should Relate to Each Other

Film producer Will Packer has made a name for himself in Hollywood in a few short years.

The Florida A&M University graduate can boast about successful films like “Takers,” “Ride Along” and “Trois.”

However, it was the breakout hit “Think Like a Man” that cemented his status as the next big producer of films.

Recently, Packer spoke to RegalMag.com about critics who say it is sexist for a woman to have to think like a man.

RM: What do you say to critics who say it’s sexist for a woman to have to think like a man?

WP: You know what I would say. You don’t have to think like a man, but you have to know how to identify with a man. Men also need to understand women.  It’s really about couples wanting to be relatable.

WP:  You know what, the first one was really about relationships (staying) together.  With this one, it’s about can these couples survive Vegas.  That’s really what it’s about.  It’s a sequel, so the expectations are a lot higher.