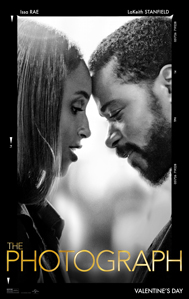 Smooth with a Little Cajun Seasoning

All of the aforementioned adjectives describe “The Photograph” to a “T.”

But a proper description of “The Photograph” is a very smooth and modern version of “Love Jones” with a little Cajun seasoning on top.

African-Americans of a certain age remember how “Love Jones” made them feel as soon as they left the movie theaters in 1997.

After years of ghetto and gangster classics like “Boyz N The Hood,” “New Jack City” and “Menace II Society,” many African-Americans of a certain educational and socioeconomic background finally had characters that they could relate to.

Many African-Americans do not come from the hood.

Many African-Americans do not come from broken homes.

And many African-Americans have never sold drugs in their lives, so “Love Jones” gave that demographic an accurate depiction of their lives, trying to chase dreams and navigate the workplace while trying to find true love in the process.

After seeing “Love Jones,” women wanted to get into photography like Nina (Nia Long).

And men wanted to get into poetry like Darius (Larenz Tate).

African-American moviegoers might have waited almost a quarter of a century to feel those same feelings, but “The Photograph” will take many down memory lane as the film shows a regular and realistic portrayal of everyday life for all people, regardless of color.

The film is a love story everyone can relate to.

It just so happens that the main characters in “The Photograph” happen to be African-American as opposed to another hue.

Like in “Love Jones,” the male protagonist in “The Photograph” is a writer.

As a journalist for The Republic, Michael Block (LaKeith Stanfield, “Sorry to Bother You”) dabbles in photography, but reporting and writing is his cup of tea.

The Republic sends Michael to rural Louisiana to interview Isaac Jefferson (Rob Morgan, “The Last Black Man in San Francisco”), a local fisherman, to discuss life on the bayou after Hurricane Katrina and the devastating oil spill.

While discussing his recent breakup with his girlfriend Tessa, Michael stumbles upon a photograph of a young Christina in Isaac’s home.

Although Isaac has made a good life for himself working on the water, he has never really gotten over his ex-girlfriend, Christina.

Should he have chased Christina when she left?

Should Isaac have looked her up after all of these years?

Would Christina even remember Isaac after so many years?

Michael traces the woman in the picture back to his hometown of New York, and finds the young lady’s daughter Mae (Issa Rae, “The Hate U Give”), working as a curator at the Queens Museum.

Christina, the woman in the picture, has recently lost her battle with cancer.

Mae is extremely surprised when Michael presents the picture to her because her mother hated being in front of the camera, preferring to work behind the scenes instead of seeking the limelight.

The museum curator still has not gotten over her mother’s death.

Mae always had a distant relationship with her mother, anyway.

She always maintained a close bond with her father (Courtney B. Vance), though.

Christina always had a hard time opening up and loving Mae.

But when Christina realized that her end was near, she left Mae a couple of letters in a safety deposit box to read after her passing.

Christina wrote one letter to Mae.

Furthermore, she wrote one letter to her father.

Christina’s only requirement for Mae is that she reads her letter first before giving her father his letter.

But while grieving Christina’s death and trying to build up the nerve to read her mother’s letter, Mae begins an intense romance with Michael.

Both have just gotten out of relationships.

Additionally, both have always struggled with love too.

“The Photograph” intertwines two love stories into one, showing the parallels of all relationships.

Communication, or the lack thereof, and being on the same accord can make or break a relationship.

Do you fight for love?

Or do you live with regret?

Sometimes, success in a relationship is that simple.

While “The Photograph” does not have a character as smooth as Darius in “Love Jones,” Michael is definitely a smooth brother.

And while “Love Jones” boasted 1990s era jokes like Michael Jordan’s comeback, “The Photograph” has its share of hip-hop jokes at the expense of Kanye West, Kendrick Lamar and Drake.

In “The Photograph,” Michael has his married brother (Lil Rel Howery) to educate him on the realities of real adult relationships.

A scene in which Christina tries to get a job in New York as an assistant to an established photographer is so reminiscent of “Love Jones that “The Photograph” has to be an homage to the 1997 classic love story.

But what separates “The Photograph” from “Love Jones” is its country, Cajun and creole Louisiana roots.

Thankfully, “The Photograph” does not portray the rural South in some slow and stereotypical way.

The only things missing from the “Pelican State” scenes in “The Photograph” are the various Louisiana accents.

But instead of getting Southern accents wrong like the fake Houston accents in “Jason’s Lyric,” in recent years filmmakers have not even tried to get the accents correct.

Unfortunately, “The Photograph” does have its predictable moments too.

But “The Photograph” gets everything else right and it is only right that single people see this film and heed the warnings and lessons.

The lessons of love bring to mind several more adjectives that should encourage people from all demographics to see “The Photograph.”