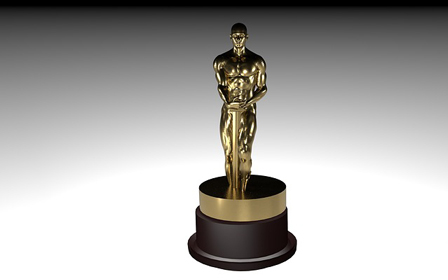 And the Award Goes To…2019 Regal Movie Award Winners

Winning an Oscar represents the pinnacle of any moviemaker’s career.

However, winning a Razzie probably lets an actor or filmmaker know they have room for improvement.

Therefore, getting recognized by RegalMag.com for one’s skills on a movie set has to rank somewhere in the middle of an Oscar and a Razzie.

RegalMag.com has a long extensive history with movies and movie reviews.

And while our reviews by no means represent the views all of the members of the Motion Picture Academy, RegalMag.com does have its favorites from each category of the upcoming Academy Awards.

Therefore, RegalMag.com would like to borrow the Academy’s nominees and announce who or what would get the award if the ceremony were indeed known as the Regal Awards.

So without further adieu, we present the Regal Movie Awards for 2019.

And the Regal Award for Best Picture goes to….“Black Panther.” There is no chance in Hades that “Black Panther” wins the Academy Award because Best Picture Oscars do not go to superhero movies. But “Black Panther” had to be the most important film in 2018, especially in the African-American community. Like the sitcom “A Different World” created a renaissance for Historically Black Colleges and Universities in the 1980s, “Black Panther” created a rebirth of interest in all things Africa. Moviegoers showed up to the movie theaters wearing dashikis. The film featured a who’s who in Black talent and presented Africa how it truly is, which is regal, stunningly beautiful, intelligent and powerful.

Bradley Cooper, “A Star is Born”

And the Regal Award for Best Actor goes to…Christian Bale for “Vice.” Bale is to “Vice” what Gary Oldman is to Winston Churchill. In “Darkest Hour,” Oldman totally became Churchill and became unrecognizable. Bale does the same thing as former Vice President Dick Cheney. While many conservatives and members of the Cheney family object to the way Bale portrayed the former veep, there is no denying that Bale totally embodied the powerful politician from Wyoming who many say was the backbone of President George W. Bush’s administration.

Lady Gaga, “A Star is Born”

Melissa McCarthy, “Can You Ever Forgive Me?”

And the Regal Award for Best Actress goes to…Lady Gaga for “A Star is Born.” Let’s throw the gauntlet down right now. Lady Gaga is arguably the most talented woman in Hollywood right now. Gaga can sing anybody under the bus with her powerful vocals. Furthermore, she has the acting chops to portray every emotion under the sun. Put those qualities together and you get a breath-taking performance in “A Star is Born.” Lady Gaga already epitomized music stardom. Now, she can add bona fide movie star to her resume.

Sam Elliot, “A Star is Born”

Richard E. Grant, “Can You Ever Forgive Me?”

And the Regal Award for Best Supporting Actress goes to…Regina King for “If Beale Street Could Talk.” King has wowed audiences for years on the small screen to the big screen with roles in “227” to “Boyz N The Hood.” King’s talents have always epitomized versatility. But with “If Beale Street Could Talk,” King will finally receive immortalization from the Academy Awards for her role as the passionate and caring matriarch trying to keep her family unified in the mist of racism and elitism.

And the Regal Award for Best Director goes to…Spike Lee for “BlacKkKlansman.” There is also no way in Hades that Lee will beat out Cuaron for “Roma” when it comes to the Oscars. Nevertheless, “BlacKkKlansman” is still one of Lee’s best films of all time. One day Lee might take home Oscar gold for Best Director. However, it will not be in 2019. The Morehouse College alum should have won Best Director for “Malcolm X” and/or “Do the Right Thing.” But, the Academy did the right thing by nominating him for his latest feature.

“The Ballad of Buster Scruggs,” Joel Coen and Ethan Coen

“Can You Ever Forgive Me?,” Nicole Holofcener and Jeff Whitty

“A Star is Born,” Eric Roth, Bradley Cooper and Will Fetters

And the Regal Award for Best Adapted Screenplay goes to…Barry Jenkins for “If Beale Street Could Talk.” Often, films adapted from novels lose something when seen on the big screen. But Jenkins’ adaptation of the classic James Baldwin novel loses very little from the novel. Jenkins presents the film version in a lyrical and poetic way that brings Baldwin’s words to life visually and sonically.

And the Regal Award for Costume Design goes to…“Black Panther.” While many comic book movies inspire audiences because of the fighting scenes and the graphics, “Black Panther” had all of those qualities plus some of the most beautiful costumes ever seen in motion picture history. The exquisite wardrobe worn by all of the African kings and queens made movie fans wish Wakanda was a real country.

And the Regal Award for Visual Effects goes to…“Ready Player One.” Many times, movie critics lambast films for relying on the Hollywood formula and not producing enough original ideas and content. When a movie does present something unique, it often falls into the trip of too weird for its own good. “Ready Player One” avoided the Hollywood formula while not falling into the weird trap. The film looked like actually participating in a real-life video game.