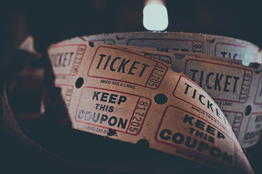 “Black Panther” enjoyed one of the biggest opening weekends at the box office in movie history.

Kings and Queens of Black Hollywood

And in the process, the superhero movie might have broken down conventional stereotypes in Hollywood about movies with African-Americans in most of the starring roles being a blockbuster, or the stereotype that Black films do not sell well overseas.

“Black Panther” had the fifth biggest domestic opening weekend of all time behind “Star Wars: The Force Awakens,” “Star Wars: The Last Jedi,” “Jurassic World” and “The Avengers,” according to BuzzFeed.com.

Furthermore, the film had the second largest opening weekend of any Marvel Studios movie behind “The Avengers.”

But of equal importance, director Ryan Coogler and the predominantly Black cast of “Black Panther” made cinematic history with its opening weekend international profits last week.

RegalMag.com takes a quick look at how “Black Panther” stacks up against other blockbuster films with a predominantly Black casts or a Black director on opening weekend.

Numbers are domestic results not adjusted for inflation.