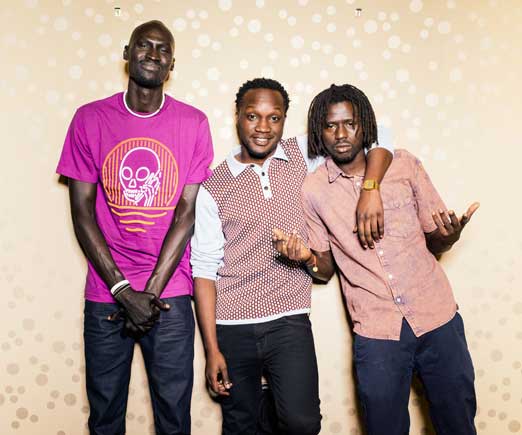 Audiences know that the film will conclude with a happily-ever-after ending with very few plot twists thrown in.

However, when done correctly like “The Good Lie,” the predictability and the fact the stories all seem similar does not matter because they leave the moviegoers uplifted and inspired.

Good inspirational films like “The Good Lie” leave the moviegoer with a different outlook on life and the confidence that they can overcome any obstacle because they have seen people slay that Goliath called adversity right before their eyes.

A wise woman once said that those labeled as poor in America would be considered rich in many third world countries.  The struggle many of us know in America is nothing compared to the struggle for those who endured the Sudanese Civil War during the 1980s.

Families were torn apart.  Children were brutally murdered.  And the children that survived were forced to live in refugee camps in Kenya for years as they waited for asylum in western countries like the United States.

In “The Good Lie,” Theo (Okwar Jale) becomes chief of his village when his parents are killed during the Sudanese Civil War.

Although he is just a child, he has to care for his brothers and sisters by protecting them from evil soldiers, scaring off wild animals so that they can eat and even providing them with things (urine) to quench their thirst as they journey one thousand miles to the Kenyan border and the refugee camp.

Despite his young age, Theo has enough leadership ability to not follow the crowd that is headed for danger and also enough selflessness to risk his own life and safety to secure the safety of his younger siblings.

The Deng siblings do everything in their power to stay together in the midst of civil unrest, but their faith, courage and strength is tested even further when they have to fight to remain together as a family even after they escape to safety.

Sometimes, uplifting films come off as cheesy because of bad casting.

Even in television crime dramas like “CSI: New Orleans,” the depiction of a specific culture or demographic seems unauthentic and forced because people who are not a part of that culture are attempting to depict that culture with bad accents and all.

Their accents are real.

Their innocence is genuine.

And the culture shock they are exposed to is authentic.

The actors portray a quiet, loving and forgiving strength that erupts from the screen with very little effort.

Although he is not a household name, Oceng’s performance as Mamere was superb and empathetic.

The only household name, Reese Witherspoon, shines as Carrie who shows a genuine love for the siblings without coming across as a savior like figure like Sandra Bullock’s role as Leigh Anne Tuohy in “The Blind Side.”

Nevertheless, “The Good Lie” suffers from a slow beginning, but it is necessary to understand the complete journey of the siblings and what they had to endure to live.

Furthermore, “The Good Lie” does have a necessary plot twist despite the predictability of its genre.