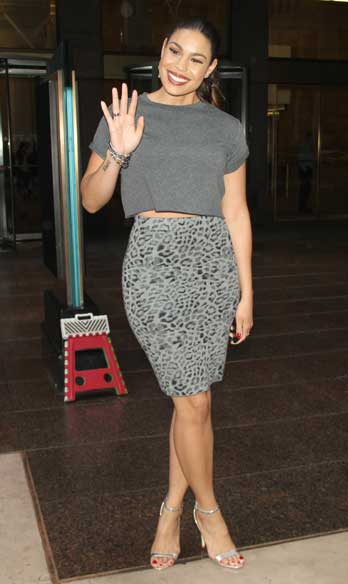 Webster’s defines an anomaly as an “usual or irregular thing.”

“Left Alone” epitomizes an anomaly like Christian rapper Lecrae.  Neither fit easily into a single category or a genre and that reality gives both the ability to reach a diverse section of the public.

Usually Christian films deal directly with the everyday struggle faced by people like the marriage drama “Fireproof” or are relationship dramedies like Tyler Perry’s successful franchise of Madea films.

However, “Left Behind” combines a much-needed biblical message with the action of a thriller with exceptional actors like Nicholas Cage with mixed results.

Chloe Steele (Cassi Thomson) has returned to New York to celebrate her father Rayford’s (Cage) birthday with her family.

However, he has already made plans to travel to London with his beautiful mistress Hattie (Nicky Whelan) for a romantic tryst and a U2 concert.

The Steele family was once a close bunch, but when family matriarch Irene (Lea Thompson) gets saved (or accepts Jesus as her Lord and Savior) she begins pushing her husband and daughter away with her constant proselytizing.

Like many nonbelievers, Chloe cannot wrap her mind around praising a God that allows utter destruction like the Japanese tsunami to wipe out thousands of his precious creations.

Irene warns her that the Bible prophesizes that the last days will consist of famines, natural disasters and pestilence as punishment for a sinful world, but Cassi and new friend Buck (Chad Michael Murray) see such Bible thumpers as nut cases and weirdoes.

However, when millions of adults and children just vanish from thin air before utter chaos consumes the Earth, those left behind have to ponder the reality that those nut cases may have been making an intelligent case all alone to virtually no avail.

“Left Behind” gives Hollywood and moviegoers a much-needed message on the realities of God, sin, unbelief and the consequences of living apart from Jesus Christ.

Unfortunately, some people who even subscribe to Christianity and other religious doctrines fail to read their holy books so a movie like “Left Behind” is even more necessary in today’s secular climate.

The filmmakers are even brave enough to depict another unfortunate reality in the Christian community, which are preachers who do not fully believe in the gospel that they preach and the consequences of playing that dangerous game with God.

In addition, the dramatic, suspenseful and somewhat violent conclusion of “Left Behind” was brilliantly executed and will even resonate with non-Christian moviegoers.

Unfortunately, the timely message and good acting by Cage and company is not enough to negate the cheesiness of some of the scenes and the ineffective depiction of the chaos that engulfs the planet.

Furthermore, the musical score was a little too forced and unnecessary especially towards the end of “Left Behind.”

The good acting, even by relative rookies like Jordin Sparks and a brief appearance by Lolo Jones is not enough to compensate for the average aspects of some of the scenes.

Unfortunately, “Left Behind” is not effectively able to visually translate aspects of the apocalypse onto screen.

Nevertheless, the film benefits from being an anomaly.

It is not the regular formulaic Christian film, but it adequately combines a very important message into a very successful genre of film.