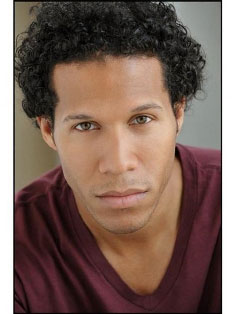 On The Edge of Greatness

What’s important in life?  Is it the material things, like the fancy house and swimming pools that makes one happy?  Or is it finding fulfillment and purpose in one’s life?

For independent film actor Lodric D. Collins, it was finding happiness and fulfillment in something he is passionate about and the ability to turn that passion into a successful career.

“I wanted to be fulfilled,” the independent film actor told Regal Magazine.  “I wanted to enjoy what I’m [doing].”  That epiphany that Collins experienced came after visiting his mentor who seemed to enjoy all the trappings of success, like financial prosperity, but did not appear to enjoy his life or career.

It was at that moment that Collins, who holds a degree in marketing from Southern University, decided to quit his regular job and pursue his dream of acting full-time in New York.  The independent film actor enjoyed acting as a hobby from childhood to college, acting in plays such as “The Wiz” and “A Blues for an Alabama Sky” in Louisiana, but living in New York provided him with the opportunity to take his career to the next level.

“I was doing it when I was younger,” Collins explained.  “It was something that I enjoyed doing, but it wasn’t a practical thing [because] I was in Lake Charles, Louisiana.”

However, the acting background he received allowed him to effortlessly transition to the stages of New York, performing in several plays in the Big Apple.  Nevertheless, the independent film actor was not satisfied with performing just on stage, and used his marketing background to forge an up-and-coming career in television and film.  He began to use that marketing degree to develop himself as a business, which has led to roles on the hit soap opera “All My Children” and films such as “What Really Frightens You” and “It’s All Been Arranged.”

While some “serious” actors shy away from daytime dramas, Collins enjoyed his experience on “All My Children” because it taught him how to adjust to the fast pace of the soap opera environment.

“I’ve got a lot of respect for those people,” the independent film actor said.  “I think that’s one of the hardest working areas and people don’t realize it (but) they actually film five days a week.  Monday through Friday is a different show.  Most actors are used to filming one season out of the year, (but) they film every day.  It teaches you how to be quick on your feet and to adjust.  You don’t have the opportunity for a second chance to do a good job.”

The independent film actor is especially proud of his role in “What Really Frightens You” because he got the opportunity to spend significant time with the director behind the scenes, learning what angles work and why directors shoot a certain way, which has made him better at his craft.

Despite the limited roles for African American actors, Collins enjoys playing a wide range of roles because it shows the diversity of African American life and the knowledge he received from watching behind the camera could eventually lead to less stereotypical roles, as Collins sees himself one day working as a producer.

Unfortunately, like most successful people in any field of human endeavor, the road to success for this independent film actor has been anything but easy.  Collins, who had been successful at virtually everything he pursued, had to overcome rejection and self-doubt for the first time when he began his career in New York.

“There were times when I doubted myself,” said Collins.  “I didn’t realize it was one of my characteristics until I came into this field.  [However] you take no’s and rejections like vitamins.  They make you stronger.  It makes you want to push harder.”

It is that positive outlook that has allowed the independent film actor to defy the odds and find success in a business that he admits is outside of the box.  “I’m on the edge of a lot of great things coming about.  Big things are coming,” Collins said.

Ultimately, it is believing in big things that has allowed Collins to pursue his passion and not just a paycheck at any regular job.  And it is that passion for the arts that has led to his happiness and ultimate purpose in life.