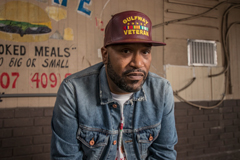 The Houston Cinema Arts Festival (HCAF) will return to the “Bayou City” from Nov. 14-18.

HCAF19 will screen several documentaries about the African-American experience such as “Black Rodeo,” “Always in Season” and “Cry of the Third Eye, The Last Resort.”

But HCAF19 will have films for every movie aficionado and every demographic.

This year’s festival will double as a homecoming of sorts as well.

According to the official press release, “Now, HCAF19 marks the triumphant return of Shults to Houston Cinema Arts Festival—serving as a homecoming for the young filmmaker whose star in Hollywood has risen like a meteor since his first HCAF appearance. His new film ‘Waves’—the featured Opening Night film at MFAH—had its World Premiere at the Telluride Film Festival in August and was later screened at Toronto International Film Festival, garnering waves of critical praise in the process.”

IMDB.com describes “Waves” as, “Set against the vibrant landscape of South Florida, and featuring an astonishing ensemble of award-winning actors and breakouts alike, ‘Waves’ traces the epic emotional journey of a suburban African-American family—led by well-intentioned but domineering father—as they navigate love, forgiveness and coming together in the aftermath of a loss. From acclaimed director Trey Edward Shults, ‘Waves’ is a heartrending story about the universal capacity for compassion and growth even in the darkest of times.”

And what would HCAF19 be without the involvement of Houston’s unofficial mayor, hip-hop legend and HCAF board member, Bun B?

The Rice University lecturer will join Shults for a conversation about “Waves” on opening night, Thursday, Nov. 14 at the Museum of Fine Arts of Houston (MFAH).

Bun B and Shults will discuss the film’s themes and Shults’ rapid ascent as a filmmaker.

After the screening of “Waves” and the conversation, an after party will take place with Houston ethnomusicologist Flash Gordon Parks, also at MFAH.

“Blue Note Records: Beyond the Notes,” about the iconic jazz record label, will screen Sunday, Nov. 17 at 3:45 p.m. at MFAH.

The documentary “Fear No Gumbo” is like a tour of New Orleans’ Ninth Ward as it deals with corruption, systemic racism and exploitation that still plague the neighborhood even as Hurricane Katrina survivors return home.

In conjunction with the Houston Latino Film Festival, HCAF19 will screen “Ben Soto: For Art’s Sake” on Sunday, Nov. 17 at 7 p.m. at Rice Cinema.

Soto worked as a photojournalist at the Houston Chronicle and Houston Post for 30 years, documenting some important cultural movements like the national hip-hop explosion, the underground Houston punk music scene and current events.

“Always in Season,” a documentary on the impact of lynching in America, will screen on Monday, Nov. 18 at 7:00 p.m. at The DeLuxe Theater.

HCAF19 will include a Black Media Story Summit.

The summit brings together 100 guests, which include filmmakers and content creators of color to collaborate and discuss about new and unique plans to support Black storytelling from distribution to development.

The three official themes of HCAF19 are The Yeehaw Agenda, Moonlanding 50 and the festival’s usual art-themed films and programming.

According to the official HCAF19 press release, “The Yeehaw Agenda is a celebration of rodeo riders, cowboys, and westerns—already firmly baked into the global popular consciousness—with a focus on diverse representations.”

The “Moonlanding 50” theme coincides with the golden anniversary of man landing on the moon in 1969.

HCAF19 states, “On July 20, 1969, Apollo 11 touched down on the surface of the Moon, marking one of the seminal moments in human history. Since that transcendent moment in time, the legacy of the moon landing has become intertwined with the power of storytelling and narrative as much as it has scientific exploration, inquiry and invention…Perhaps the greatest human spectacle of all time, the moon landing has since cultivated an undeniably rich canvas for artists to paint on, informing almost every aspect of modern human life 50 years later.”

HCAF19 describes the art-themed programming as, “Films about the arts and artists, adaptations, films from multi-hyphenate makers, films that provide creative solutions to our human problems, mash-up programming that provides artist recognition and engagement.”

Individual tickets to HCAF19 are on sale now.

Click here for the schedule of programs and individual ticket information.

The Houston Cinema Arts Society is a nonprofit organization dedicated to presenting innovative movies and enriching the culture in Houston.