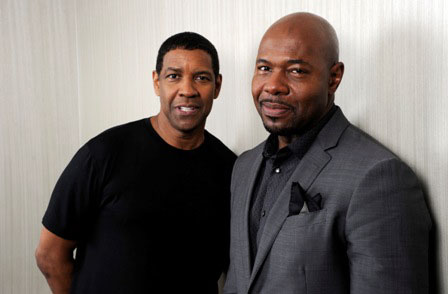 Eddie Murphy.  Robert De Niro.  Denzel Washington.  Common denominator?  They all were terrible liars on screen, and that is meant in the most flattering way possible.

In “Coming to America,” Akeem (Murphy) was too regal for anyone to truly believe that he was a goat herder.  He went around quoting philosophers in a job that had him working in a domestic capacity.

Jack Byrnes (De Niro) went around hooking potential son-in-laws to a lie detector test in “Meet the Parents,” so his occupation as a florist was a little unbelievable.

Likewise in “The Equalizer,” Robert (Washington) has read over 90 novels in quick succession and he is the father figure to all of those who come in contact with him, so it is unfathomable to think that a man so educated would be doing blue-collar work at a hardware store.

Even his co-workers wonder what Robert did for a living before he took up the hardware job.

His response was that he was a former pip.  Not pimp, but pip as in Gladys Knight and the Pips.

In “The Equalizer,” Robert befriends a lowly prostitute, Teri (Chloe Grace Moretz), who has dreams of becoming a success in the music industry.

While many see a piece of meat, Robert sees potential in the young lady and he begins encouraging her to follow her dreams, which consists of making the right choices that will aid in her musical aspirations.

When Teri rebels against her pimp Slavi (David Meunier) she is beaten severely and hospitalized.

Robert, a retired intelligence agent, offers to pay Slavi $9,800 for her freedom.

When his offer is refused, he resorts to his training as a black ops commando to exterminate the perpetrators.

However, his adversaries aren’t low-level Boston pimps.  They are soldiers of Vladimir Pushkin (Vladimir Kulich), a Russian mob kingpin who deals in everything from women to oil.

Based on the hit television series that ran from 1985-89, “The Equalizer” is the cerebral man’s action and suspense film.

While many action films typically rely on the brawn of the hero, director Antoine Fuqua relies on brainpower first, and then actual physical power, which is very refreshing.

And although the film might be a little too cerebral in the beginning, that slow pace is necessary to develop and appreciate Robert’s character.

This is not Washington’s most powerful role, but it is one of his coolest and smoothest since “Mo’ Better Blues.”

He rarely, if ever, breaks a sweat while facing seemingly insurmountable odds.

Washington’s role as Robert can be summed up as being as bada$$ as Alonzo in “Training Day,” but as benevolent as John Quincy Archibald in “John Q.”

“The Equalizer” only falls into the trap of predictability once and that it during the climax of the movie.

Richard Wenk did a good on the script and Fuqua brought out the best in that script and in the actors.

Quietly, Fuqua has become one of the most dependable filmmakers in Hollywood even if he does not get the limelight that other directors receive and that is the truth.

What is also true is that nobody can lie and say that Washington is not, arguably, the best male actor of his generation.

Like Fuqua, he does not always get the media attention he deserves, but if anyone can say they hated any of his performances, they would be just as bad at lying as he was in the beginning of “The Equalizer.”