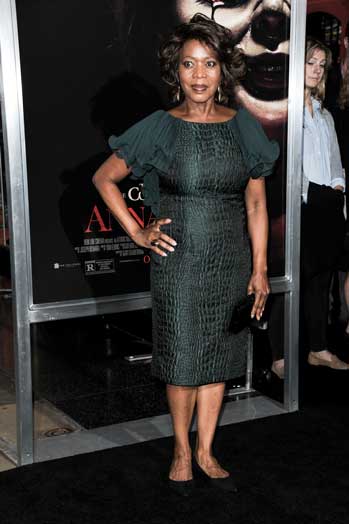 The Devil Preys on the Weak

The 1960s represented an abrupt end to America’s innocence and tranquility.

Assassins plucked down our political and civic leaders.

And the counterculture put a strong dent in America’s morals and traditions.

During the decade that changed America forever, Charles Manson and his “family” showed just how evil the underbelly of our country had become.

Young adults like the character Annabelle Higgins began running away from their loving and protective families to experiment with drugs, violence and satanic rituals.

Annabelle and her new boyfriend join a satanic cult called the Disciples of the Ram, and in an attempt to conjure up the devil, they brutally and viciously murder her parents Sharon (Kerry O’Malley) and Pete (Brian Howe).

The inhumane nature of the crime wakes up next-door neighbor and expecting mother Mia (Annabelle Wallis) who begs her husband John (Ward Horton) to go check on their neighbors and fellow church members.

However, when Annabelle is able to sneak into Mia and John’s home she attempts to kill the future mother along with her fetus, stabbing Mia in her very pregnant stomach.

John is able to save his expecting wife from an unthinkable and horrific ending.

Although he has just entered a medical residency, he goes out of his way to please his stay-at-home wife, buying a hard-to-find doll, which completes her collection of the toys.

However, when Annabelle is killed in Mia and John’s house, she succumbs while cratering the distinct doll, leading to Mia’s desire to rid herself of the memories of that devastating night.

Unfortunately, demons are known to reside in objects like dolls and sometimes Satan preys on the weak and does not stop until he gets what he desires.

“Annabelle” is the typical horror film, which benefits the film greatly but also will prevent it from standing out in the crowd during the busy Halloween movie season.

The film centers on a fascination with dolls, which many horror films do.

Some dolls have a spirit within them that makes it virtually impossible to conquer that evil spirit.

Furthermore, priests are brought in to try to quell the demonic spirits before more destruction can occur.

“Annabelle” falls into the formulaic trap of horror films but that does not stop it from producing chills down the spine of frightened moviegoers.

Mia’s attack is even reminiscent of the brutal killing of actress and beauty queen Sharon Tate and her unborn child.

Leonetti is able to effectively transport moviegoers to those turbulent times and make them feel the fear that people in California must have felt in the late 1960s.

Produced on a mere budget of $5 million, Leonetti maximizes the talent of his cast, though most are not household names yet.

Wallis and Horton are superb, while Woodard is her typical stellar self in a role that goes against the usual grain of her career.

The wardrobes are on point and everything about the film feels authentically 1960s.

The decade that ended the purity and innocence of our great land, also abruptly made the reality of evil a constant in our society.

That evil represented in “Annabelle” is scary enough to produce chills down the arms of moviegoers even in a crowded theater with no air conditioning.