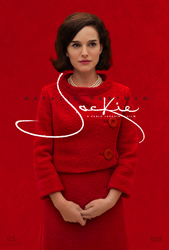 And the Oscar Goes To…

No disrespect to any other actress in Hollywood, especially Viola Davis (“Fences”), but Natalie Portman can take a bow.

She can figure out what she is going to wear to the 2017 Academy Awards and what she will wear to the after parties.

Portman can also start writing her acceptance speech for the Oscar for Best Actress because she absolutely nailed her performance as former First Lady Jacqueline Kennedy in “Jackie.”

The film “Jackie” is not a biopic.

It is more of a moment in time like the Barack and Michelle Obama first date movie “Southside with You.”

The film encapsulates a routine early campaign trip to Dallas in November 1963, which changed the country forever, but more importantly destroyed the lives of the entire Kennedy family.

“Jackie” is an interview in Hyannis Port, Mass., a week after the assassination that flashes back to the moments leading up to President John F. Kennedy’s assassination by Lee Harvey Oswald.

Although she is weary about opening up too much to the journalist (Billy Crudup), the former first lady is determined that the world gets a true depiction of President Kennedy, his legacy and his family.

Until the assassination, many Americans simply viewed the Kennedys as a beautiful family but not as a productive one.

And many of those same people thought that the first lady was spending taxpayer dollars foolishly to decorate the White House and host lavish parties and performances.

Additionally, Portman also nails her elegance, grace, pain, anger and strength during her time of bereavement.

Mrs. Kennedy is driven to smoking cigarettes after the assassination even though she was not a smoker.

“Jackie” also depicts the intellectual beauty of Mrs. Kennedy and not just the physical beauty that is often mentioned.

She desperately wanted to preserve the history of America and showcase that history inside the White House forever.

“Jackie” shows the stress involved in wanting to send President Kennedy “home” lavishly like the funeral of President Abraham Lincoln with the believe of a possible communist attack after the murder of Oswald on live television.

But the film is ultimately a test of the first lady’s resolve, dealing with the deaths of two children and now her husband in a few short years.

Portman is the odds on favorite to win the Oscar for Best Actress along with Davis who might be placed in the Supporting Actress category anyway.

The film “Jackie” is monumentally good and belongs alongside some of the most historically significant movies of all time.

“Jackie” is beautiful in its simplicity and palpable pain.

Director Pablo Larrain does a good job of interweaving actual footage of Kennedy into the film without making it obvious.

Unfortunately, he could have casted the roles of Attorney General Robert F. Kennedy (Peter Sarsgaard) and President Lyndon B. Johnson (John Carroll Lynch) a little better.

Both Sarsgaard and Lynch did a good job, but from an appearance standpoint they looked nothing like their respective characters.

Regardless, “Jackie” belongs to Portman.

And Portman was born to play Kennedy.

Her performance should produce the same results as Foxx in “Ray.”