Film Review: ‘Sicario’ Shows Another Side of Underworld 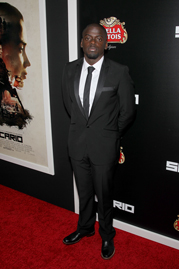 In America, we are blindly taught to trust all of our government officials and governmental agencies.

We are often taught that all FBI officials are concerned with the safety of all American citizens.

Likewise, we are often taught that the CIA is also at work to secure our protection at home and abroad.

However, the more critical and curious we become as adults, we soon realize that everything is not as it seems.

And not all of those we put our trust in are deserving of that trust.

The movie “Sicario” is not needed to highlight how dangerous the Mexico-United States border can be for those crossing and for law enforcement officials.

Nevertheless, when a team of FBI agents led by Kate Macer (Emily Blunt) and Reggie Wayne (Daniel Kaluuya) stumble upon a house expecting to find kidnapping victims, they are sadly mistaken.

What they initially find is basically an empty house.

However, upon closer inspection they find a house of horrors with 42 dead bodies stuffed inside the walls of the Phoenix home.

Furthermore, when FBI agents begin canvassing the property for more information or evidence, they find explosives instead, which kill an additional two law enforcement officials.

Immediately, government officials want to know who is behind the murders and they enlist Kate to help them discover who’s behind such a massive amount of carnage.

Matt (Josh Brolin) and Alejandro (Benicio Del Toro) devise a plan to kidnap Guillermo (Edgar Arreola) from the dangerous border town Juarez, Mexico in hopes that he could lead them to his brother Manuel Diaz (Bernardo P. Saracino), the Mexican cartel’s highest ranking American assistant to the jefe.

If Matt and Alejandro can flesh out the jefe, they can probably get retribution for the murders in Phoenix and beyond.

In Mexico, Sicario is translated into hit man.

Mexican drug cartels and other gangs constantly employ a hit man to dole out punishment and set an example for anyone that tries to undermine their authority.

Unfortunately, catching the jefe or leader is always a tall task because many have politicians and law enforcement officials in their back pocket making it virtually impossible to incarcerate them and end their reign of terror.

But what happens when there is a Sicario on both sides of the law?

Who do you trust?

“Sicario” is a very good and timely movie that touches on the very important subject of security at the border.

As Americans, we often hear how dangerous those crossing the border can be to us but we rarely think of what a danger we are to them and “Sicario” does a great job of shedding light on that reality.

Blunt is superb and brings a certain empathy to her character Kate.

Del Toro is evil and twisted from the beginning, making it very hard to trust him from the onset.

And Brolin’s Texas heritage comes through brilliantly like it does in all of his films.

Nevertheless, “Sicario” would have been excellent if the conclusion was a bit more dramatic.

The final scene was a bit anticlimactic, which does a disservice to such a good film.