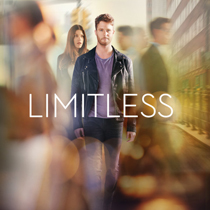 Pushed to the Limit

With a seemingly limitless amount of networks, studios constantly try to reinvent the wheel hoping to take a long trip on pre-owned tires.

CBS’ version of the classic Bradley Cooper film “Limitless” falls into the category of decent, but not good enough considering the monstrous success of the film version.

The show did not get the coveted reward of a second season, but fans can purchase the first season on DVD and Blu-ray, which is in stores now.

In “Limitless,” Brian Finch is not getting any younger.

His dreams of becoming a successful musician have not awakened and become reality.

He does not have a career to speak of like his former band mate Eli who is a successful investment banker.

He is not married and doesn’t own a house.

Furthermore, his ailing father looks down upon him in disappointment.

Instead of a successful career, he has a temporary job filing paperwork at Eli’s investment bank in New York City.

When Brian slumbers on the job, Eli introduces him to his secret weapon for success.

Like the old saying goes, humans only use a small fraction of their brain capacity.

Well, NZT allows one to use every aspect of their brain and remember every bit of information ever learned.

With the help of NZT, Brian immediately becomes respected at the investment bank.

However, when he visits Eli at home to get more pills, he discovers that Eli has been murdered for his NZT stash.

When FBI agents like Spellman Boyd (Hill Harper) and Rebecca Harris (Jennifer Carpenter) show up on Eli’s doorstep and see Brian standing over his body, he obviously becomes the prime suspect.

Nevertheless, Brian is able to convince Rebecca that he is more useful working with the FBI, especially since he is innocent and the Feds agree.

Since Brian does not display any NZT side effects, he is hired as an FBI consultant to help find the creators of NZT, the murderer of Eli and most importantly a way to make the drug side effect free.

The television version of “Limitless” includes all 22 episodes.

Additionally, the complete first season contains special features like a piece on how the show was brought from the big screen to the small screen, gag reel and audio commentary by Craig Sweeny and Hill Harper among other things.


While the television adaptation does not capture the greatness of the film, the DVD or Blu-ray is a must have for true fans of this franchise.