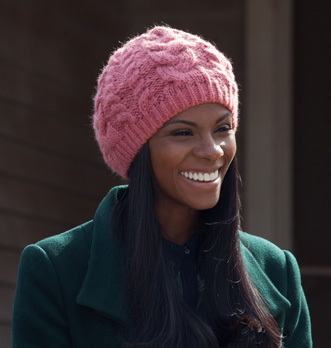 Whatcha See is Whatcha Get

The R&B group The Dramatics had a hit song in 1972 entitled, “Whatcha See is Whatcha Get.”

That classic song can sum up the Madea movies in a precise way and “A Madea Christmas” does not deviate from the formula.

With the Madea franchise, moviegoers get a much-needed message about Jesus, faith, prayer, forgiveness and unity.  Just as importantly, moviegoers get an abundance of laughs, which seem to not get old although we already know what we are getting beforehand.

Tyler Perry’s 2013 film “A Madea Christmas” is now available in stores and online for the 2014 Christmas season.

Although critics love to hate Perry’s work, “A Madea Christmas” is more relevant in 2014 than it was just last year because its message also deals with improving race relations and seeing the commonality in all people despite our physical differences.

In 2013, race relations were approaching a boiling point after the 2012 killing of Trayvon Martin and the murder of Jordan Davis.

However, with the killing of Michael Brown in Ferguson, Mo., the decision not to indict Officer Darren Wilson and the subsequent nationwide rebellion, that racial cup has unfortunately “burneth” over.

With racial tensions at an all-time high and empathy almost nonexistent, “A Madea Christmas” packs a much-needed message for the country and her citizens.

Lacey (Tika Sumpter) has long sought to remove herself from the overbearing presence of her mother Eileen (Anna Maria Horsford).

She leaves her hometown of Atlanta to attend college in New York and instead of taking lucrative job offers in her hometown, she decides to relocate to rural Alabama to work at a country school and oversee a farm with the help of Conner (Eric Lively) who happens to be White.

When Eileen wants to visit Lacey for the Christmas holiday or vice versa, Lacey shuns the offer because of her work obligations and other excuses.

The Alabama town hosts an annual school Christmas Jubilee, which is crucial to their economic prosperity but because of recent actions by a construction company many in the town are struggling to make ends meet, including the school

Despite her daughter’s declaration, Eileen attempts to surprise her daughter for Christmas, along with her great aunt Madea and an old high school boyfriend who could possibly help Lacey save the Christmas Jubilee.

However, Eileen is in for a surprise when Conner’s family also shows up for Christmas, including Madea’s White equals Buddy (Larry the Cable Guy) and Kim (Kathy Najimi).

Pairing Perry with Larry the Cable Guy was pure genius that needs to be revisited over and over in the future.

“A Madea Christmas” is not good because of a unique plot, excellent screenwriting or complex dialogue.

After working with filmmaker David Fincher on “Gone Girl” Perry himself admitted he is no “director,” just a storyteller.

And if you grew up with an old, wise and country grandmother like Madea some of the stories they told were more interesting, and definitely more entertaining than some of the stuff you see on television and in movies today.

Perry’s films will never win any awards other than Razzies, but his stories are more important to society than some Academy Award winning movies.

Unfortunately, we now live in an America that is divided racially, that is morally and biblically corrupt and that is so politically correct that most of the time it is incorrect.

Regardless, Americans have grown to expect society’s norms to be abnormal, because what you see is what you get.

And likewise, those same Americans have grown to expect Perry to challenge society’s abnormalities.  And for that reason we are proud that what we see from him is what he constantly get.  “A Madea Christmas” features a look into Perry’s first foray into animation with “Tyler Perry’s Madea’s Tough Love” and a “Jolly Follies” featurette with hilarious outtakes from the talented cast of the Christmas film.