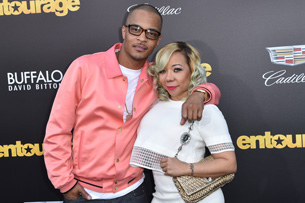 It says something about a film when it can create new fans for a franchise that never experienced the first version of the franchise.

The film adaptation of the hit HBO series “Entourage” does that and more by captivating audiences with compelling characters, well-written dialogue, near flawless execution, creativity and hilarious cameos from seemingly everyone in Hollywood.

“Entourage” is magnificent and the perfect vehicle to show Hollywood beyond the glamour, with talented celebrities filled with as much self-doubt and anxiety as their non-famous counterparts across the globe.

For whatever reason, people put celebrities on a pedestal that is way too high.

Many outsiders believe that their careers are bulletproof and that wealth makes their life drama-free.

Furthermore, people put celebrities on a pedestal as if their lifestyles should be mimicked as if the fame makes one a positive role model.

However, their talent is just in front of a camera and their lives are a carbon copy of the dysfunctional lives that many of us lead.

Vince Chase (Adrian Grenier) is at a crossroads in life.

His marriage lasted about as long as one of his hit movies does on screen.

He wants to be challenged more as an actor.  And he also wants to direct.

Contrarily, Eric (Kevin Connolly) is a little too successful with the ladies, sleeping with every girl from random strangers to his baby mama’s stepmom.

The entourage came to Hollywood to support and work for Vince, but if his agent, now studio head, Ari Gold (Jeremy Piven) allows him to make his directorial debut with the blockbuster “Hyde” and it fails, all four of them will find themselves back home in Queens, N.Y without a career.

“Hyde” looks like it will be an epic directorial debut for Vince, but being over budget and being successful with the ladies and the fans might backfire for him and his entire entourage.

The film “Entourage” is fantastic because of the relate-ability, likability and realistic traits of the characters.

Everyone from the stars of “Entourage” to those making cameo appearances is real and likable.

I even think I saw Kunta Kinte, Kizzy, Chicken George and Miss Jane Pittman, but I am probably just tripping.

The only thing the film was missing was I.  But maybe I can appear in the sequel.

Unfortunately, “Entourage” is not for those who cannot handle crude, crass locker room humor.

But for those who can handle comic reality largely from a male perspective, filmmaker Doug Ellin’s film will be loved.

“Entourage” will definitely be loved enough to please longtime fans of the HBO show, and newcomers to the franchise as well.