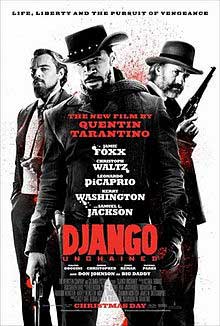 Did Nat Turner have a humorous side?

According to The African American Encyclopedia, the leader of the slave revolt movement became a legendary figure in Black history on Aug. 13, 1831 for his rebellious and murderous tactics against the brutal slave masters of Southampton County, Va.

The two immediately form a bond and Django makes a proposition with Dr. Scultz to help him find his wife Broomhilda (Kerry Washington), who was separated from him after being sold off to another plantation.

In the Django Unchained movie, the dentist is able to use his slick tongue to get Django and himself out of sticky situations like killing sheriffs and overseers to drinking a beer at a bar with his Black comrade.

Schultz shows compassion for Django and his quest to be reunited with the love of his life, which was probably unheard of in 1800s America. He teaches Django how to act in character so that they can journey throughout the slave states as inconspicuously as possible.

The Django Unchained movie does an extremely good job showing the humanity of Black slaves.

Tarantino does not portray them as listless, submissive or incompetent; he shows the humanity of slaves and the true brutality of slavery in America.

The talented and borderline genius filmmaker shows slave master Calvin Candie (Leonardo DiCaprio) allowing Black slaves to beat each other to the death as Mandingo prize fighters, and allows dogs to rip useless fighters to shreds after their fighting days are over.

He shows the strength that slaves such as Django had, emphasizing the fact that many slaves fought back against their oppressors, no matter what the consequences may have been.

In Tarantino’s typical mad scientist mold he even inserts the raps of Rick Ross in a way that is not forced or awkward, and manages to make it work perfectly with the outlaw persona of Django.

Nevertheless, the Django Unchained movie prevents itself from being a masterpiece because it seems to try to portray slavery as humorous, when it is anything but humorous to descendants of slaves.

ctually given the moniker Candieland as if it were a sweet place.ackson) were allowed to be house slaves, when historically thoWhile Schultz is a very amusing character played brilliantly by Waltz, people watch period pieces on slavery to be informed, not to be amused.

What would happen if a story on the Holocaust was made into a comedy?  Would that go over well with moviegoers?

The name of Calvin Candie’s plantation was actually given the moniker “Candieland” as if it were a sweet place.

And in typical Tarantino fashion, he uses the N-word a “million” times in an attempt to be comedic, which might make it uncomfortable for African Americans moviegoers to see non-African Americans laughing at that hateful word so much.

Furthermore, there were several historical inaccuracies in the Django Unchained movie such as the fact that dark-skinned Blacks like Stephen (Samuel L. Jackson) were allowed to be house slaves, when historically those roles were reserved for light-skinned Blacks.

In the Django Unchained movie, slaves were allowed to touch the plates their White masters ate from with their bare hands.

In addition, at Candie’s Cleopatra Club, Blacks were even allowed to eat at the table with Whites, which is not historically accurate.

Nevertheless, the Django Unchained movie is extremely good, but also highly offensive.  It will make one angry.  It will also make one laugh even though no one should laugh at slavery.

Moviegoers will cheer for Django, Schultz and Broomhilda and revile characters like the poster child for house slaves Stephen, who believes he is somehow better than the rest of the slaves in his presence.

Django will be a character that moviegoers will be proud of; a Nat Turner-like hero on the big screen.

If Turner could see the movie he would be proud too, but he would be in no mood to laugh.